A while ago, someone posted on a group that I am a member of a question about this painting : 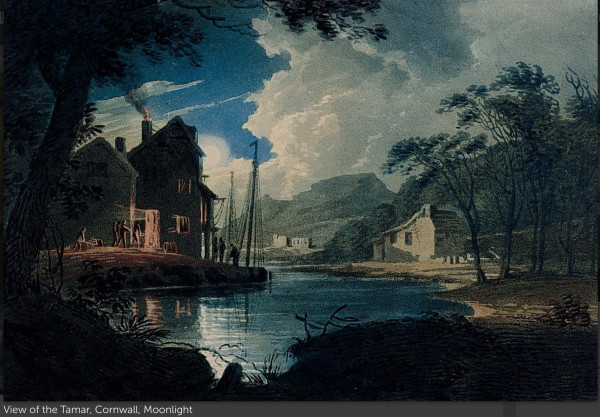 It's called View of the Tamar by moonlight. and it is attributed to one William Payne, who lived 1776 - 1830.
(credit: https://www.nmni.com/collections/art/works-on-paper/belumu1117 )

Everyone said: well, that's not the Tamar.  The Tamar doesn't have those sorts of hills!  Or banks like that!
But I remembered this postcard, showing the Steamship Alexandria, at Weir Head (which nowadays we count as Gunnislake not Calstock, but perhaps it was different in 1906.)  Obviously the angle is different, but there was something about it that reminded me. 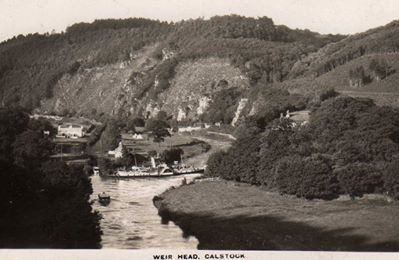 So I went looking for some other art showing the area before it was all overgrown with trees, and found this super pair of paintings by Philip Mitchell from 1862 (courtesy of Bonhams: https://www.bonhams.com/auctions/15907/lot/129/?page_lots=1 )  This one is looking upriver, towards the weir, and shows roughly the layout which has the steamer in the middle of the picture in the postcard. T he second one is from the big rock that we now call Chimney Rock, looking downstream over the weir and the island. You can see Chimney Rock in the first painting too, and it's one of the few crags that are still visible today through the thick trees. 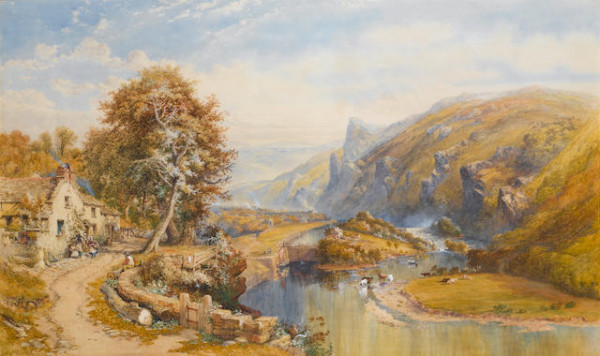 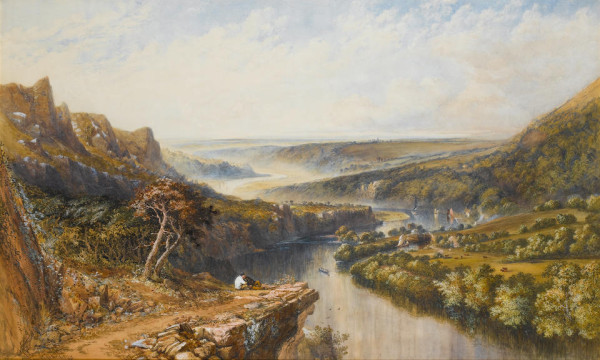 You can clearly see the canal lock gates in both photos: this is where the river Tamar joins tidal water, and tthe canal was used to move manure up the river from Plymouth to be used to fertilise fields along the upper Tamar, and was hence given the delightful name of Manure Canal.

Here's a close-up of the weir around 1900, and though the trees are starting to grow up a little compared with the paintings above, you can clearly see the sharp slopes and pointed cliffs of the hills. 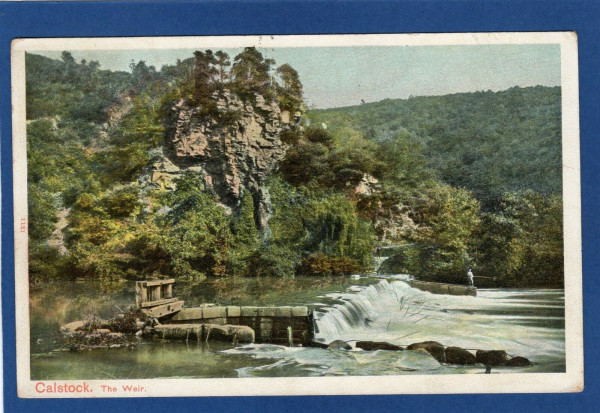 Here's an older one of the same scene, from 1822. Again you can see the distinctive shape of Chimney Rock, but you can also see how tall the cliffs are at this point on the river. 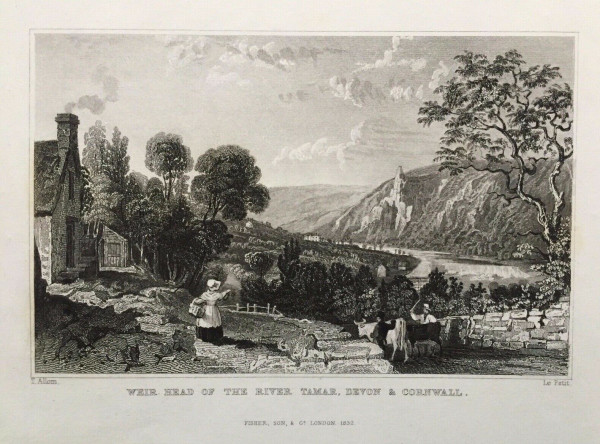 So at this point there was nothing for it but to put my wellies on and take the camera out.

Problem is, that the riverbank is now completely full of trees, and you can't see any of these views any more.  This is my best guess at the location of the first of the two Philip Mitchell paintings I included above.  The path is still there, and although you may not be able to make it out, that's a little bridge that the path is running over that I think is probably the one in the painting.  If the trees weren't there, you'd have a good view straight up the river to the weir from here. But I was below the weir, and it was low tide, so I climbed down the bank and waded into the middle of the river.  I'm not sure if that house in the middle was there in 1800-ish when William Payne painted the moonlit river, but it's fairly old.  I think it might just be one of the buildings on the left in the first pic modified by 220-odd years of time, the influx and then vanishment of mining, and flooding. This was my best shot at a version of the hill that shows that steep dip between the background hills. The house in the photo above, which is on the island created by the Manure Canal, is more or less in front of me here, but you can't see it for the trees. And another shot of the hills from further up the valley side, again, I think there's quite a pronouced dip which from the right angle could look more or less like the background hills in the painting.