Arty Stuffs (with a side order of mourning for words)

Over the festive period I felt that I hadn't done much arting for a little while, so I put some effort into it.   Now my brain seems to have entirely tuned itself in to visual stuff and I don't seem to be able to concentrate on writing!  I am actually doing fairly well on concentrating on work for a change, though, so not all bad...

But it would be so nice to feel in charge of what my brain does instead of it just behaving like Rosie and randomly moving off in its own direction, towing me behind it without any real indication of why...

Also, I am getting to the end of my fully written, edited and beta-read chapters of Rexque Futurus, having just published Chapter 9 (and introduced Jormundgandr to begin the downfall of London).   I have made some progress on the unfinished chapters 12-15, but I could really do with getting going on those now, otherwise I shall have to break my chapter-a-week streak, which would be sad. 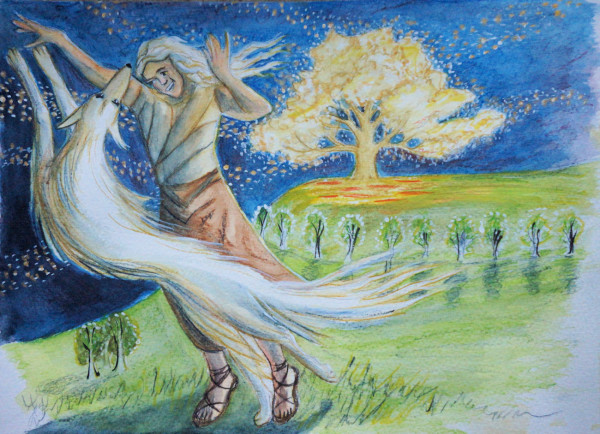 And here are some tiny tuppence-sized watercolours: I drew a circle around 2p, and tried putting a landscape or a portrait in each. 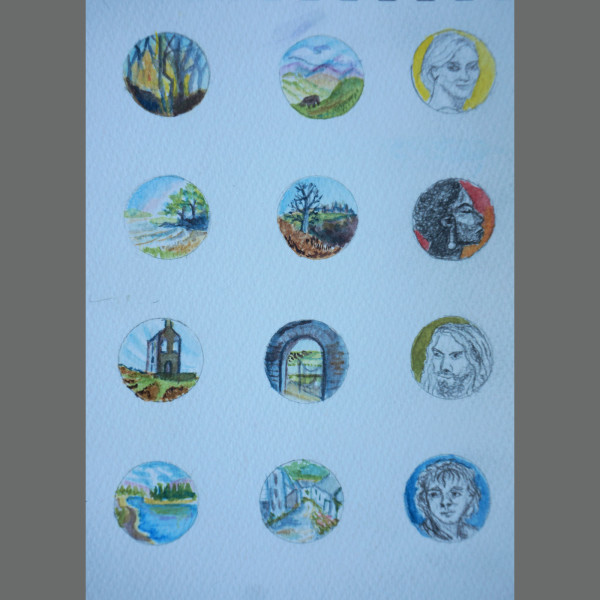 And then, I saw some post on Tumblr about a Goblin Week, so I felt I really had to draw some goblins.  Drunken goblins, swaying their way home through the forest in the morning. 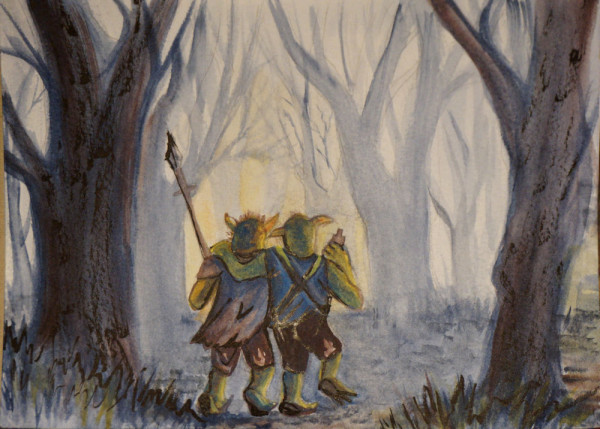 This was my second Goblin attempt, which everyone seems entirely convinced cannot be a goblin. It's interesting that there is apparent unanimity on this matter!

Anyway , @raiyana researchedin the Shire Archives,  and discovered that she is a Hoblin. Her father was a Hobbit of the Took family, and her mother was a Gobwolf. (A goblin that has married into the werewolves of the mountains.)

Her name is  Roselia Bonegnasher Took. 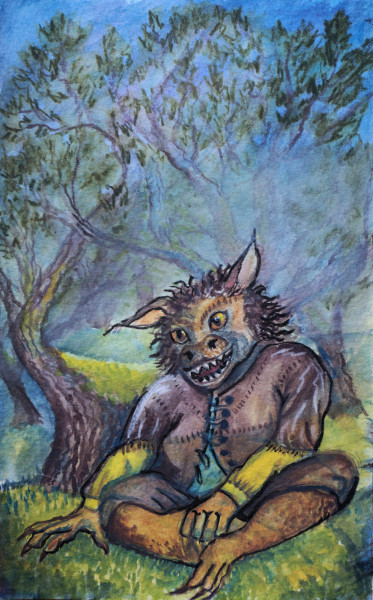 And Finally... here's an acrylic painting from class, made from a photo I took sometimes this time last year when the snow fell.  It's a view from the old Hingston Down mine, and therefore also counts as a Random Mine of the Week. (This week?  Last week?  Last Year?  All the weeks!) 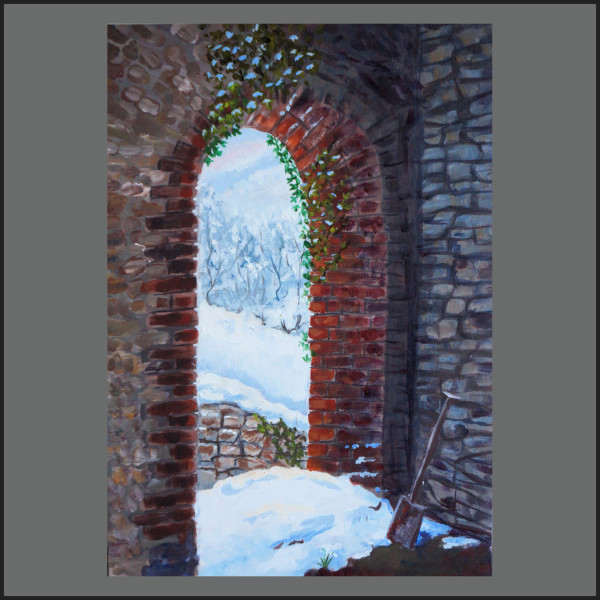 There's a spring art exhibition coming up that I'd quite like to put some things into.  It's not as though I don't have a pile of art here, of course, but I feel I'm still learning quite a lot, and so feel a little diffident about showing older things...
Tags: acrylics, arty stuff, cornwall, ink, mines, tolkien, watercolour
Subscribe