State of the Harehound, and cats 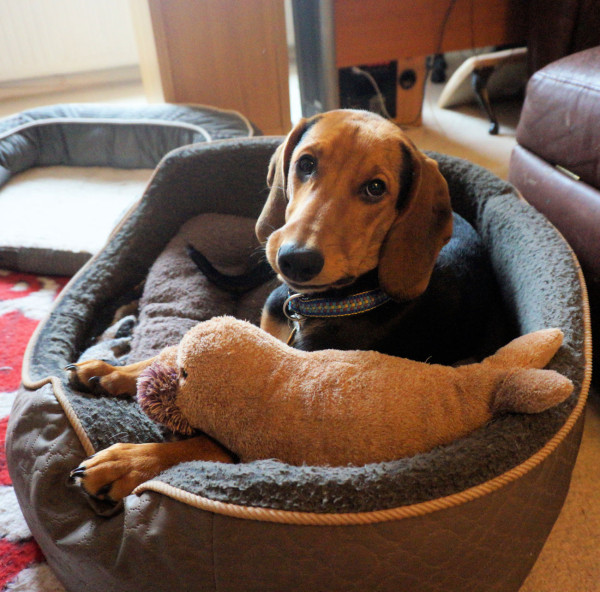 For contrast, here he is with that walrus when we brought him home: 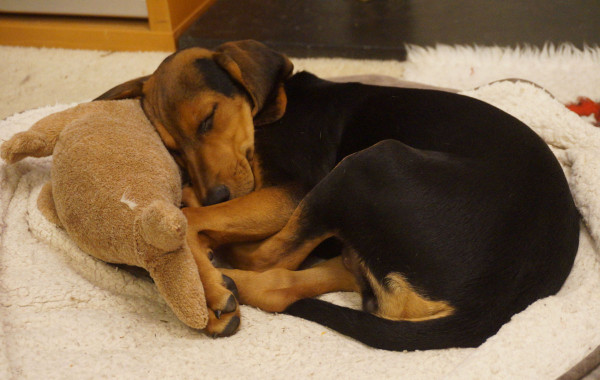 Looking at that, I realise that he's not just got bigger, but also browner: his face is entirely coppery-brown now...  He has all his grown-up teeth (which is a relief: the puppy teeth were VERY SHARP).  He's not terrible at impulse control, and usually remembers not to snatch.  He still hates going out in the rain, but has grown big enough to wear one of Az's old dog coats. He's not keen about putting it on, but I think he's happier and certainly warmer in it.

He has been to Dog School, and learned how to get on and off a mat, and also some simple recall games and lead walking.  He still can't remember how to lie down on command, unless I get Rosie to do it and show him (which she does with great delight : Rosie isn't a huge fan of food rewards, but she IS a huge fan of showing off...)  He knows how to walk nicely on the lead, but often forgets and pulls like mad for a moment.

He can still climb through both catflaps to get out into the garden, which would be fine, except that somewhere he's found a small hole in the hedge that I can't locate, and has a tendency to go out through it and then not be able to get back in, so he sits sadly by the gate looking baffled with his forehead all wrinkly. I don't think he's going to be a clever dog, and he's already showing signs of houndy obstinacy.   But he is very endearing, and will do anything for cheese, and so far, hasn't shown any great desire to go charging off in the Saluki manner.

Rosie, Gothmog and Fankil seem to like him, even if they do occasionally have to tell him off for overenthusiasm. I was worried that Fankil might not have the confidence to do that, but no!  He has got 'whip around and hiss reprovingly' down to a fine art, and Theo is very good about backing off.  He's very gentle most of the time. In fact, he sleeps so much that if it's been raining for a couple of days I start to wonder if he is ill.  Then we have a fine day and he bounces around like a hyperactive Snoopy, and all is well.

Nenya cat does NOT like Theo. She thinks he is scary.  However, since Nenya was ruling the other cats with a rod of iron until Theo arrived and upset the power balance, this is a considerable improvement. She can't chase them around the house because Theo will then chase her around the house, so this is an improvement for everyone but her.

Oh, and here are a couple of cat pictures. I made the first one for Pp for Christmas, showing all three, and the second is just Nenya looking peeved, probably at Theo. :-D 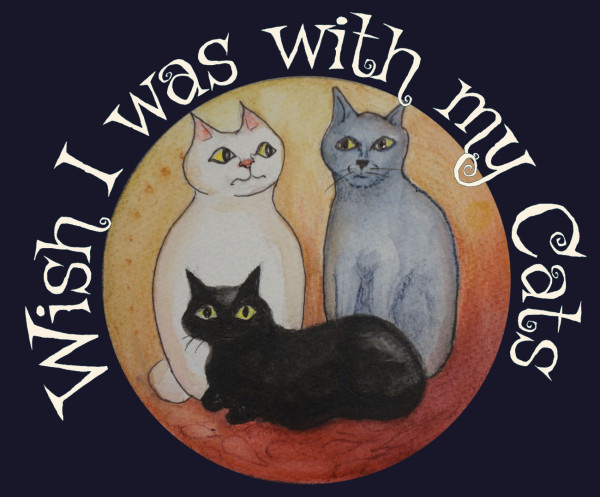