A selection of Arty Stuffs 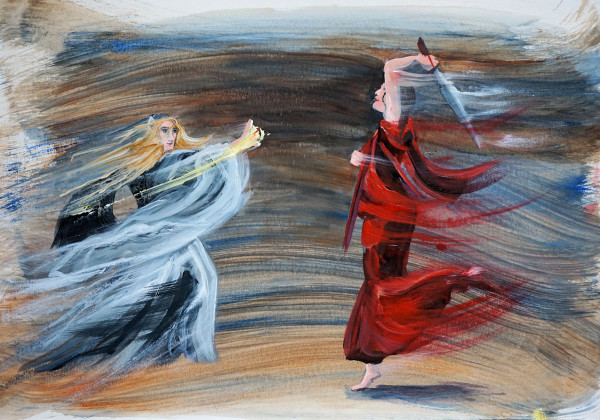 The Dancers
I don’t know who they are, or whether the dance is about to tip over into battle. Huge thank to  Marcus Ranum of ranum.com for stock photos I referenced for the poses.

We were doing Dancing & Motion in art class this week.  Colin the Art did a painting of the Padstow 'Obby 'Oss (the blue ribbon one) but I had forgotten what the subject was so didn't have a chance to pick reference material specifically for this, and I didn't want to just do a copy of his, so I decided that I would do my own thing from a couple of reference images that I had previously saved. I'm pleased by the sense of movement that comes from the streaks, I shall use this technique again!  This is the sort of movement I wanted to be able to paint when I started the classes, and now I can!

A very different style : this is an inkpainting with a few white acrylic highlights. 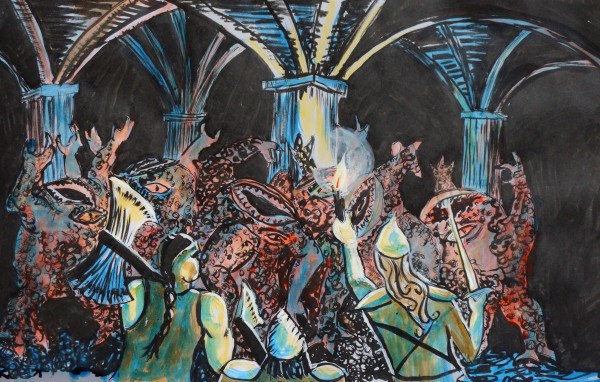 The Dungeon of the Xorn!

… brought to you by the fact that the Shop on the Borderlands accidentally over-ordered on Xorn miniature figures.  We have 24 of them, and could stage this scene four times over.

And for completeness, this is a morning on the Fal scene.  I was reading a book about lighting in art, and it suggested regular light studies from life, so I thought I'd try it.  I only did two before I lost impetus, and the second is not great, but I quite liked this one. 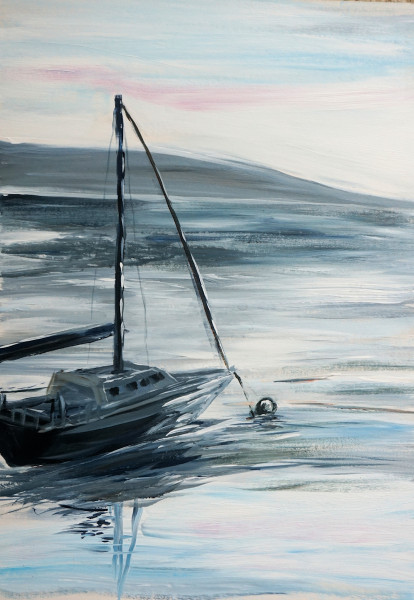 And finally, here are:
Pilgrim of Brixham and Grayhound. 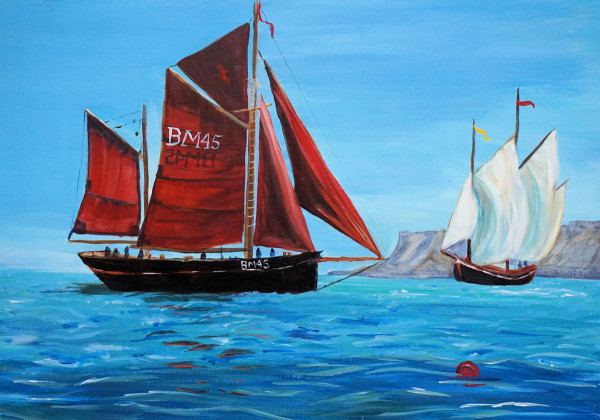 This is harking back to the Sorolla style from art class again, with lots of light and billowing sails. Pilgrim (red sails) is a sailing trawler built in Brixham in 1895.  Grayhound, however, despite appearances, was purpose-built in Millbrook boatyard on the River Tamar in 2012.  She's a three-masted lugger: apparently, the first built in Britain for over 200 years.  Aren't they beautiful together?
Tags: acrylics, arty stuff, boats, tamar valley
Subscribe