Repaint, A Large Hole, A Cat.

I took my Scottish scene along to art class, because something about the composition bugged me and I couldn't quite work out what it was.

Colin the Art suggested moving the figures left and making them slightly larger, so that they would be outlined against the  and the pier would draw the attention along to the skyline. And also that the figures should be wearing brown, not black, because that would 'bring them forward'. So I did that: 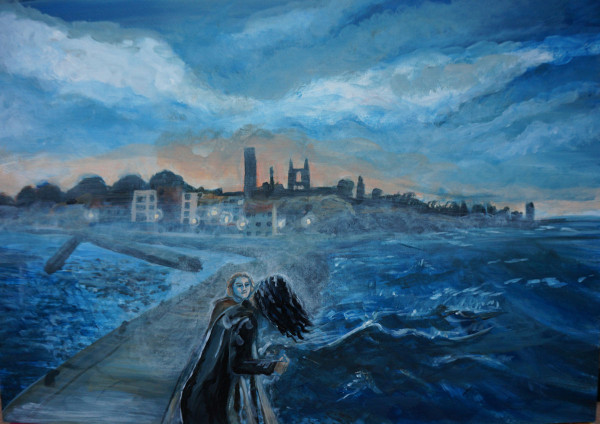 Version 2 (colours on this one are closer, the camera wants it to be bluer and less green than it is.
I think Colin was right about the composition. 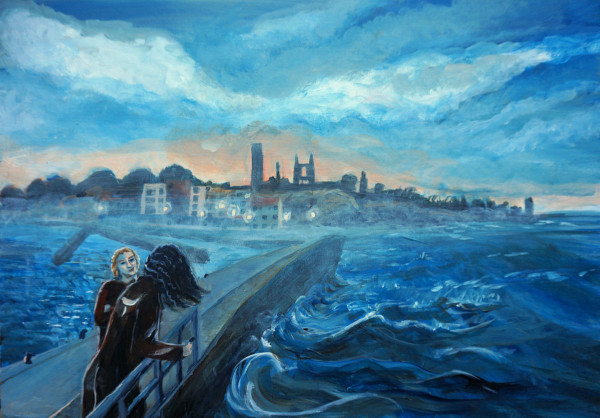 On Wednesday I went out to lunch with my Mum, and we found a tunnel we had never visited before, which is odd, because it runs very nearly under one of our favorite cafes.  It was originally built by Brunel as a railway tunnel and opened in 1859, and that's approaching the height of the mining boom, so I'm going to tag this as 'mining' on the grounds that no doubt it was the mines that made a railway up to Tavistock seem a good idea.

No railway to Tavistock any more though, so it has been left to moss, stalactites, and cyclists and walkers on the new Drake's Trail which runs into Plymouth along the old railway route.   When you stand at one end, the other end seems Very Far Away. There's a good echo, too. 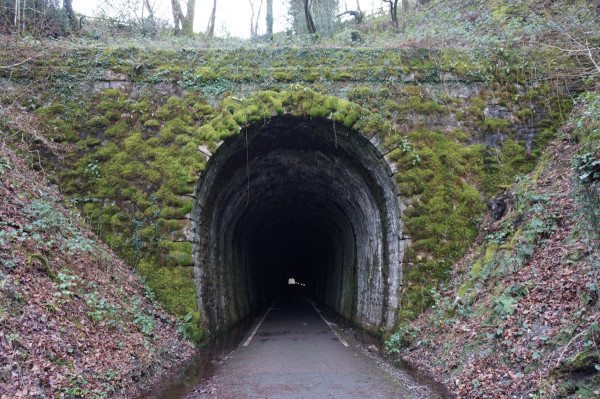 And a lot of dripping and echoes inside... 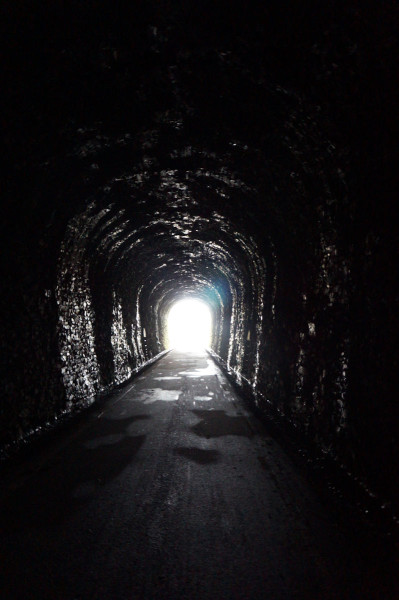 We have adopted our third cat!   After extremely long negotiations, she has been named Nenya.  Fankil, obviously, hissed at her, despite their closeness last time they saw each other... Cats!   She has retreated under the sofa for now, but she does seem like a friendly and confident girl. She's met Rosie, who behaved impeccably, and Gothmog, who was a little alarmed, but not for long.
Tags: cats, devon, mining
Subscribe