Two photos from a quick paddle up the river yesterday:
1) the Spirit of Mystery.
I thought this was just a random Cornish lugger (and very pretty) but googling turns up a wikipedia page for her that says she is a replica built in 2008,  which was sailed all the way to Melbourne, Australia (to commemorate a previous journey from Cornwall in 1854).  I wasn't sure it was the same boat, but yes, it looks like she was up for sale in 2012 in Plymouth, so she is one well travelled boat. Wow.

Apparently she has a piece of oak from Nelson’s Victory used as a chart table, teak from the Cutty Sark as part of the saloon table and an original rivet from the SS Great Britain as a cupboard handle.  Coo. 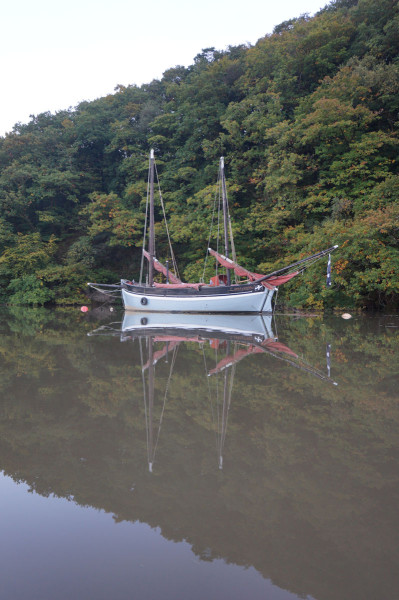 2)  Our journey was considerably shorter, arriving back in Calstock as the last of the daylight faded. 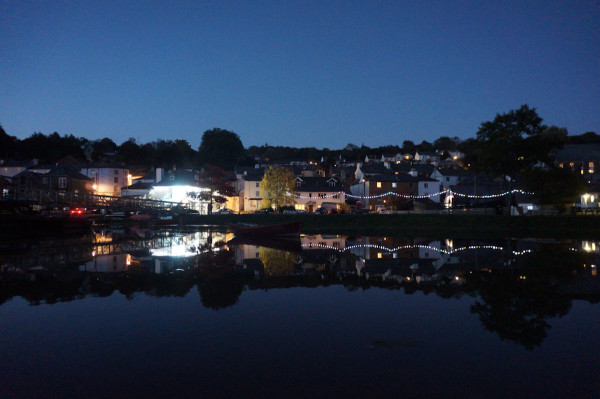