A sudden pile of Tolkien Art.

I have a pile of things that I made that were Secret, because people were writing stories for them.  But they are no longer Secret, and here they are! 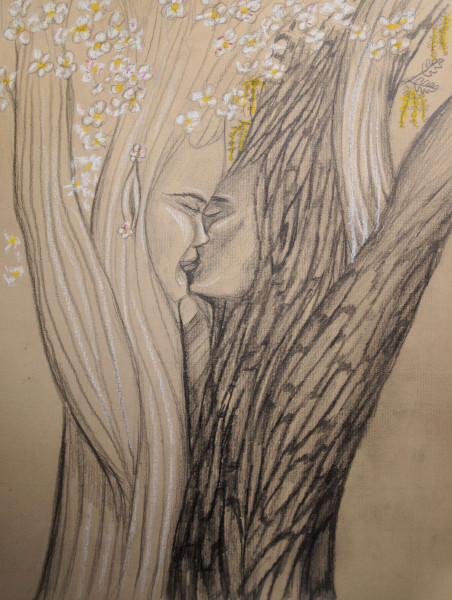 Fimbrethil & Fangorn,  in their younger days, Ent and Entmaiden.
And then, an elder Fimbrethil meets a pair of hobbit children.

For some reason this was the first thing I thought of back when I signed up for the Tolkien Reverse Summer Bang.  Narya_flame took this and wrote Because My Land is Fair, which is not at all what I was expecting, but then I don’t know what I was expecting!  But it’s a fabulously atmospheric story and really beautifully written. 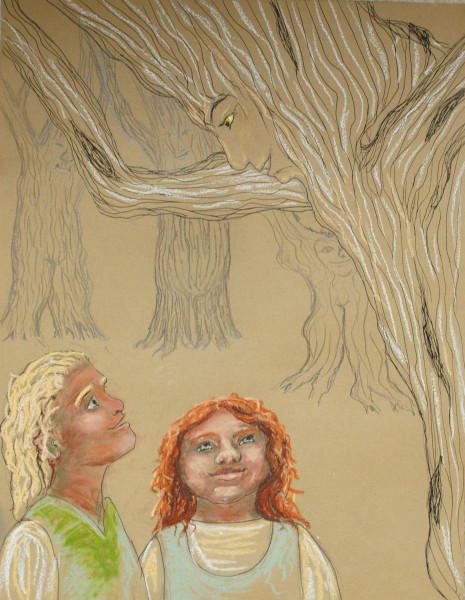 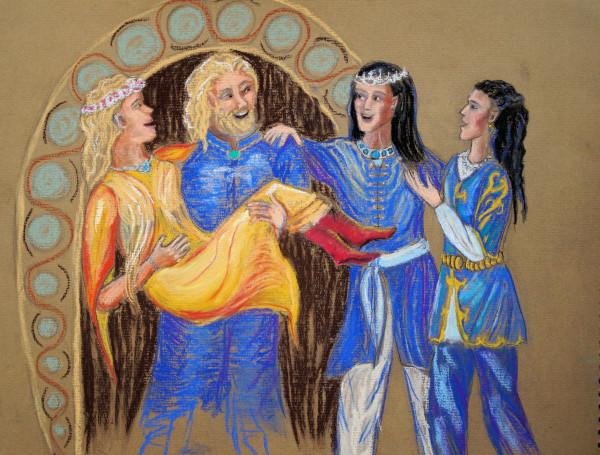 The Wedding of Hador & Gildis (with Fingolfin & Lalwen)
I don’t usually do much with pastels, but I went to an art workshop thing with a brilliant pastel artist Rebecca de Mendonca, and came away feeling all inspired so I decided to use my new Learnings and draw this scene, because I love Hithlum Before It All Goes Wrong as a setting.   I was quite pleased how it came out

I thought for a while that nobody else loved Hador, but then a noble writer picked this up as a second writing pick, and basically went up in an astonishing giant fire of creativity.  There are now TEN more Hador stories on Ao3 than there were, and the epic tale culminates in three chapters from three viewpoints, with some really lovely descriptive writing in The Wedding of Hador & Gildis.

I couldn't think what to draw as a second Art for this for a long while, but in the end I went for Fingolfin Regretting His Life Choices in a pastel vaguely pre-Raphaelite sort of style. 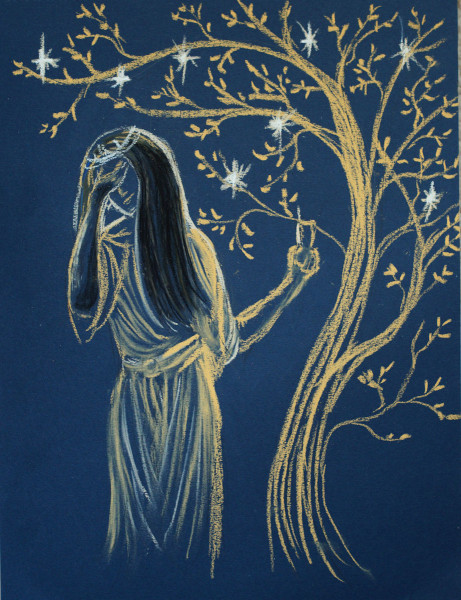 This was the image that changed most from first draft to final version!  It started out mostly ink & pastel drawing: 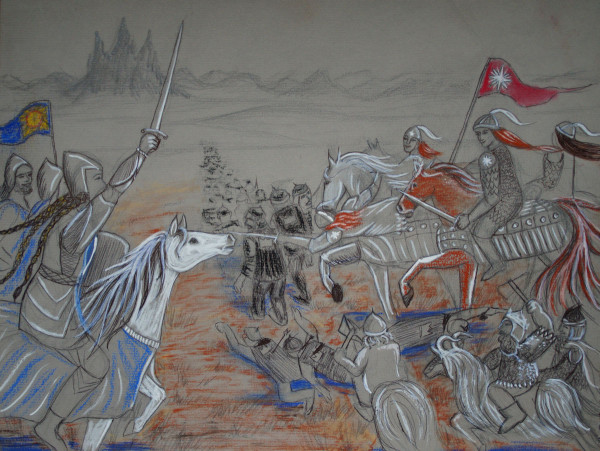 I re-painted it as a baroque battle scene in acrylics.  Alas, Beren I’s little face on the left there lost something in the repaint, but I feel the overall thing has gained drama. 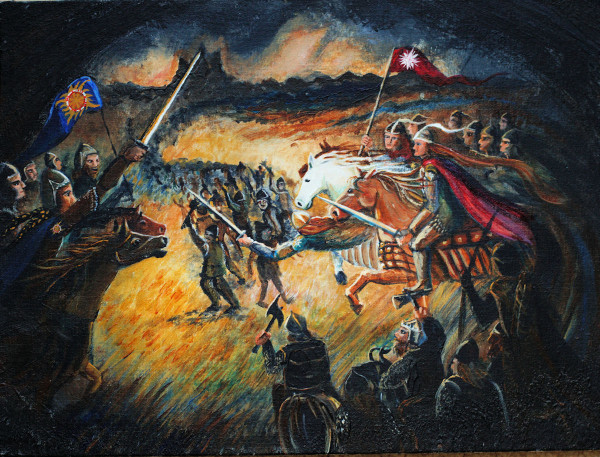 So then amyfortuna wrote the truly epic story: The Battle of Aglon Pass

for this and made an amazing job of making my nonsensical artistic posings into a battle strategy that actually sounds like it’s making sense!  Also, there’s a love affair and an epic battle with wolves.  It's really good. 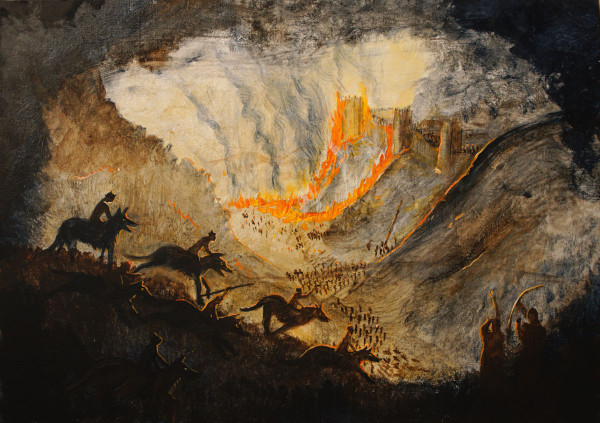 It's a Hobbit Movieverse AU story:  Dragon, Ghost, King and Bowman I'm still a little surprised by its existence, but there it is.