Music Lesson In a Tree 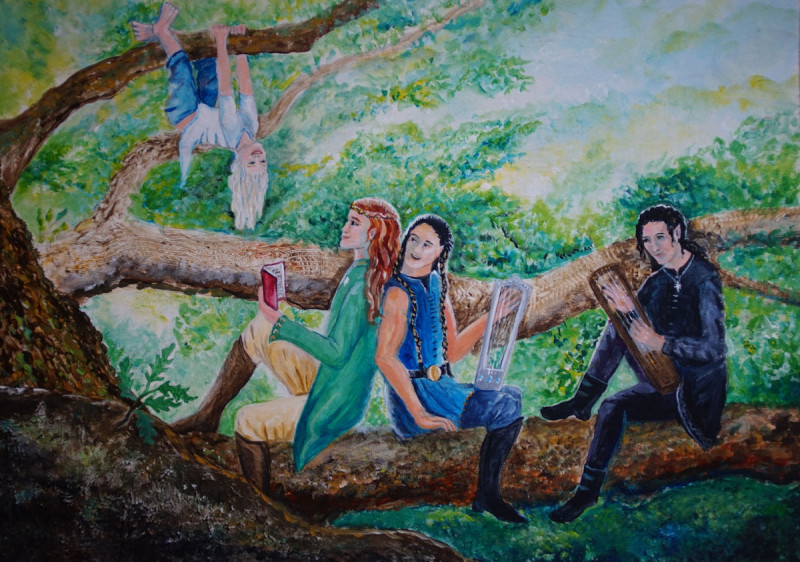 It was little Celegorm’s idea that Cousin Fingon’s music lesson should take place in a tree.  It’s possibly not the least distracting place to have a music lesson.   Fingon and Maglor are playing Anglo-saxon style harps (hearpe) which are much more practical for climbing trees (or Thangorodrim) with than a modern harp would be.  Fingon is playing a jewelled silver hearpe, which Maglor rather disapproves of (I decided that Maglor should disapprove of silver harps when I remembered that Elrond's harp at the end of Lord of the Rings is silver.  That might not make sense, but hey.)

I have decided that the auto settings do a better job of photographing paintings than I do manually. This was taken with a 28mm manual focus lens, and the 'landscape' camera mode.

As usual, I liked the pencil sketch of the faces better than the final painted version: 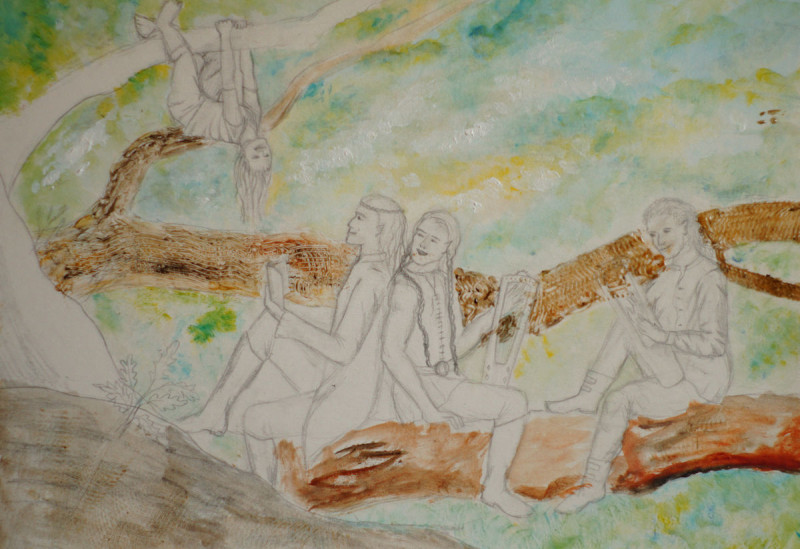