This week in art class...

I made some trees! 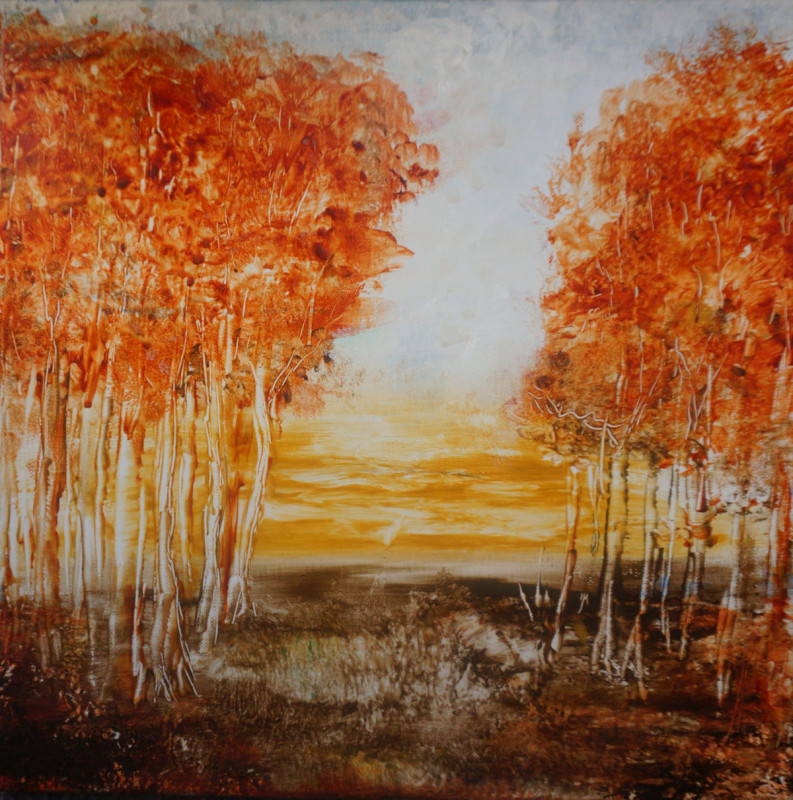 I'm particularly pleased with this technique because Colin the Art wasn't sure if it would work with acrylics (he and most of the class use oils, which are slower drying and can be melted with white spirit.)  I had a big pot of tar gel, which I reckoned might help, so I decided to experiment, and I was able to completely paint this landscape, including spattering with water and getting the paint to flow when the canvas was tipped, then scrub all the paint off and start over with a different scene.  (The first thing I tried was a seascape which I decided didn't quite work...)

I really like the idea of using the white of the canvas to show through and create transparency and I'm definitely going to do that again.  I was less keen on the idea of using textured wallpapers and scrunched plastic to make marks in the paint: I found that rather uncontrollable and couldn't get the results I wanted.  But painting dark and using gels and water and a palette-knife to create shapes I like, and also using a bit of splodging with a wet rag.

Earlier this week I tried (yet another Silmarillion) painting of Maedhros & Maglor in Valinor, visiting their small cousin Fingon (I decided that Maglor is a little older than Fingon, though not much.)   They are doing bubble enchantments.  This actually looks much better in real life, whereas the more abstract tree painting above was a lot easier to photograph.  I wonder if I should have tried a different lens. 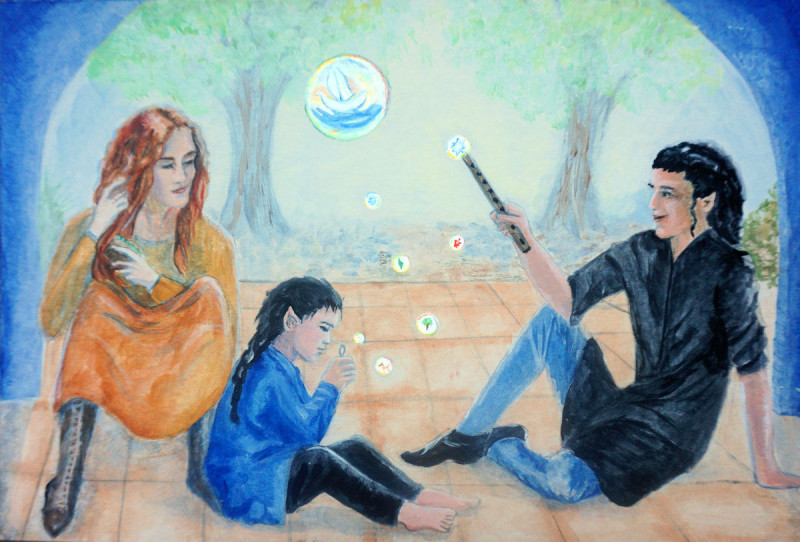 I might try combining the gel painting idea with some figures next, and see what happens when I do that.

Oh, and while I am noting Things Made, I thought I'd finished writing my Return to Aman series about Maglor and Elrond after Lord of the Rings, but since I'm still procrastinating about writing the last chapter of Quenta Narquelion, I ended up writing an extra beginning section for Return to Aman instead, Remembrance of Time Long Past.  Elrond retrieves Maglor before leaving the Grey Havens. Galadriel is unimpressed, and the hobbits are oblivious.