Today my mother needed some help getting Christmas decorations out of the space above her garage, so I wandered out to Dartmoor to walk Rosie.  It was a beautiful day as I walked up Gallows Hill (so called, I'm told, because there was a gallows on it.  I haven't researched this, I don't know if it's true. ) 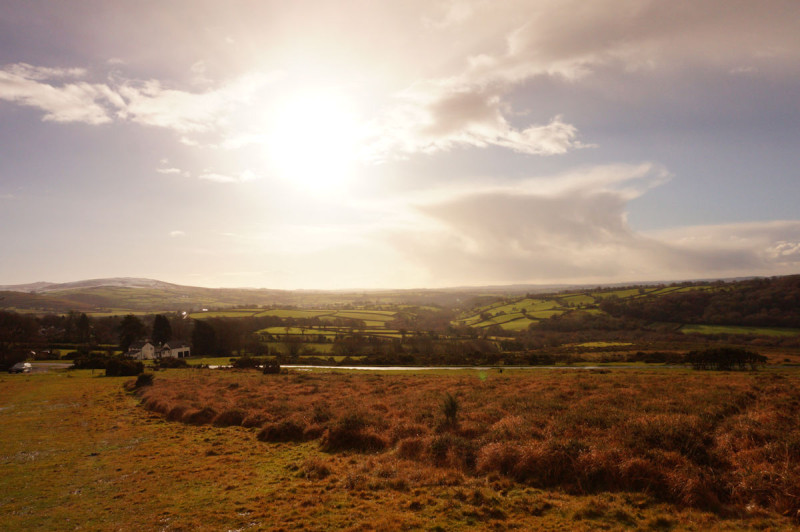 Then I looked up ahead, and THIS was coming towards me over the hilltop... 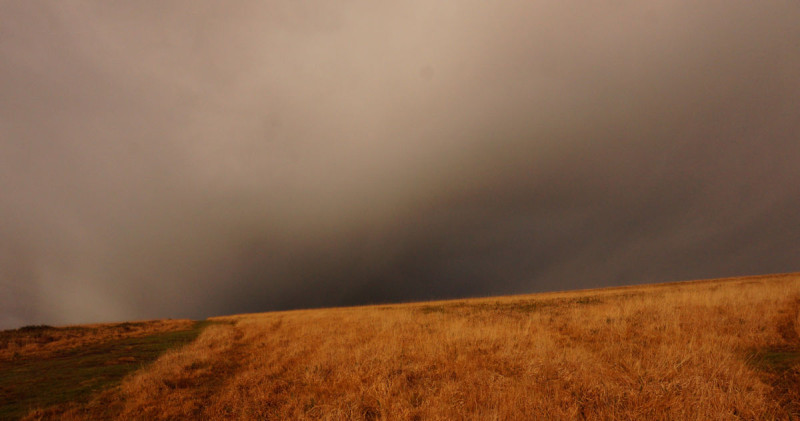 We beat a fairly hasty retreat but still got caught by the hail. Up on high Dartmoor they had three inches of snow, someone told me later. 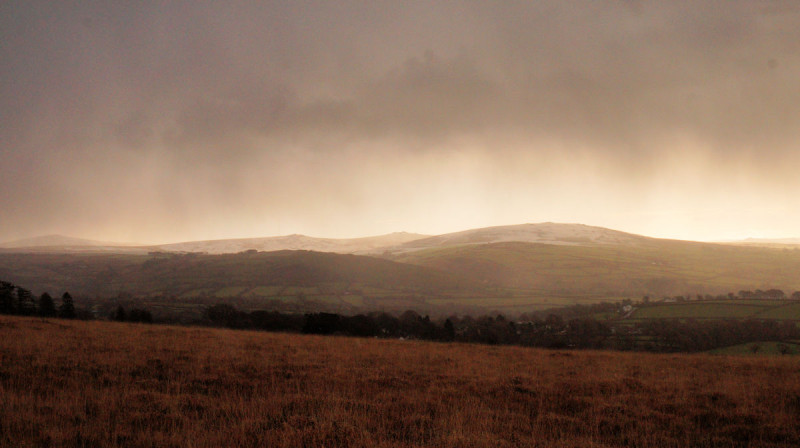 My mother, undeterred by having fallen over recently after a long Dartmoor walk (hence, I suspect, the uncharacteristic request for help) took me to the Mary Tavy craft fair.  It was, by village standards, heaving! 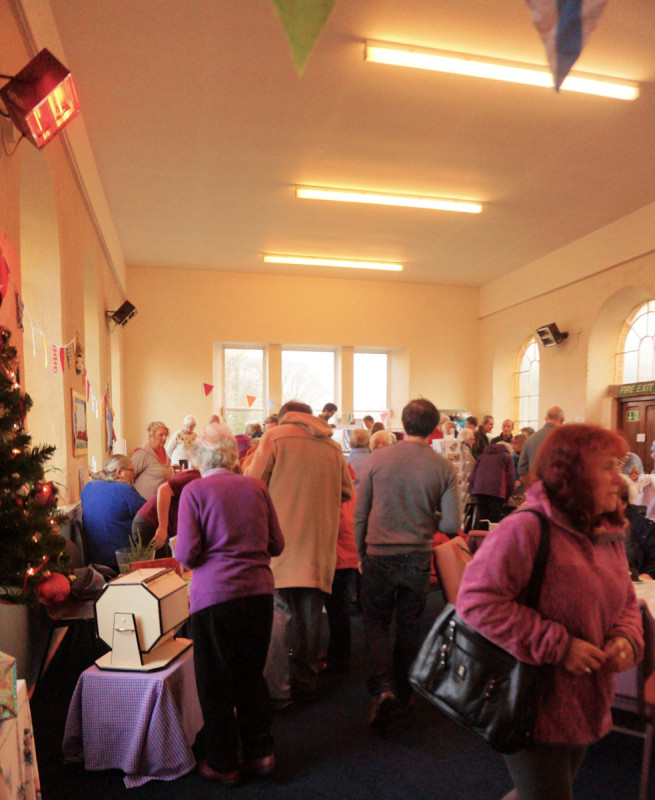 I bought a few bits and pieces, including some very nice marmalade bread and a jar of mandarin marmalade.  Then I left (since I had left Rosie in the car, and it was a bit chilly for her to stay there long) and took a snap of the war memorial on the way. 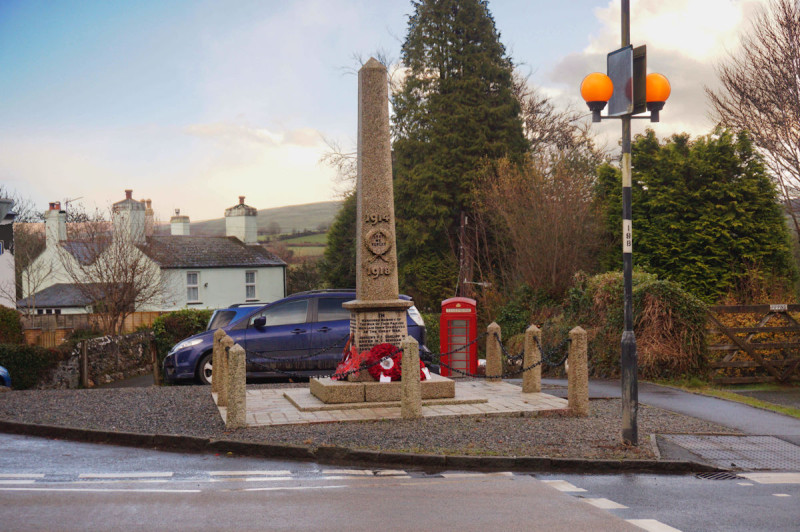 The walk had been a short one due to weather, so I stopped again in Tavistock and thought I'd try another walk with Rosie in a more protected environment. 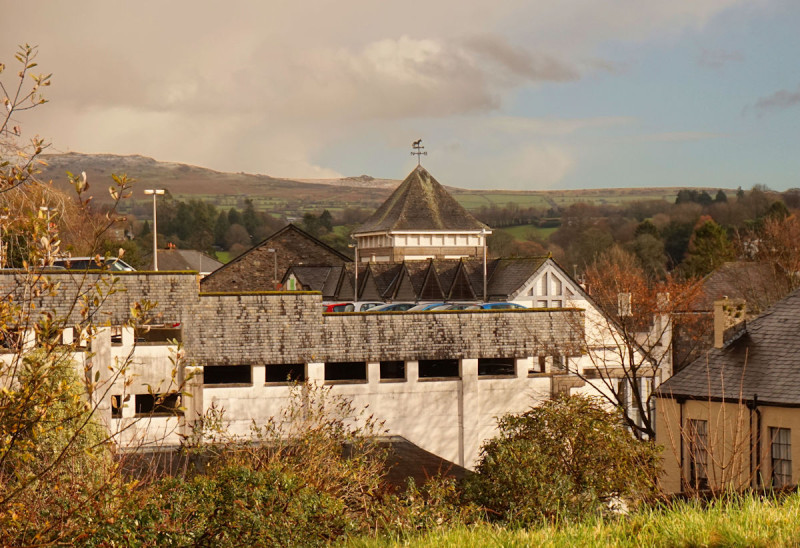 It was a nice day again, though you could still see the snow on the moors looming over the multi-story-carpark!  (I like the windvane.  I think that's on top of the Co-op lift, which s usually broken, but from this angle it's quite pretty.   The grass in the foreground is on top of a green roof, not a lawn, there's a house underneath it.

Rosie seemed cheerful enough, until I proposed that we take the steps down and take the footpath that goes through the car park.  This meant going from sun into shade, which was not a popular decision. 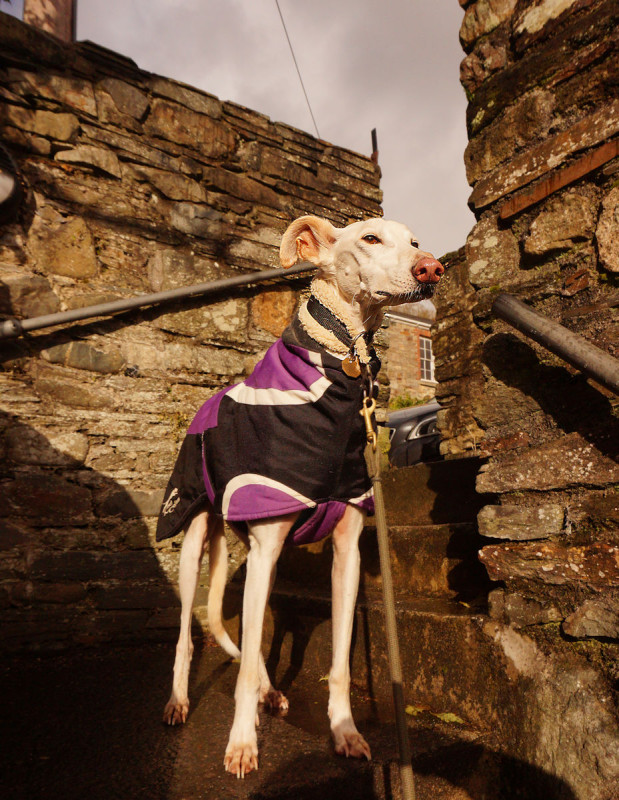 I got her moving eventually, but she was not keen.
I think she was hoping we would go to a cafe and have a sausage but I had marmalade bread waiting for me, so I cruelly urged her onward. 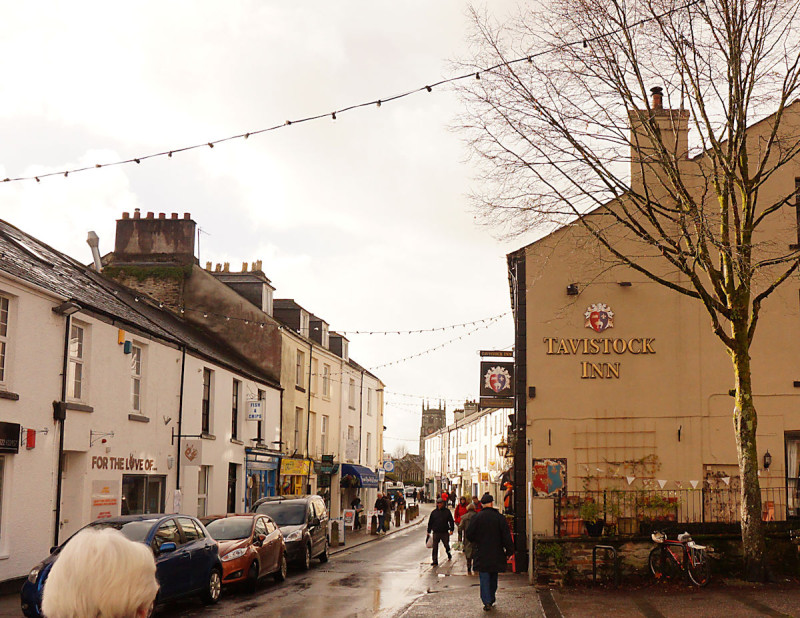 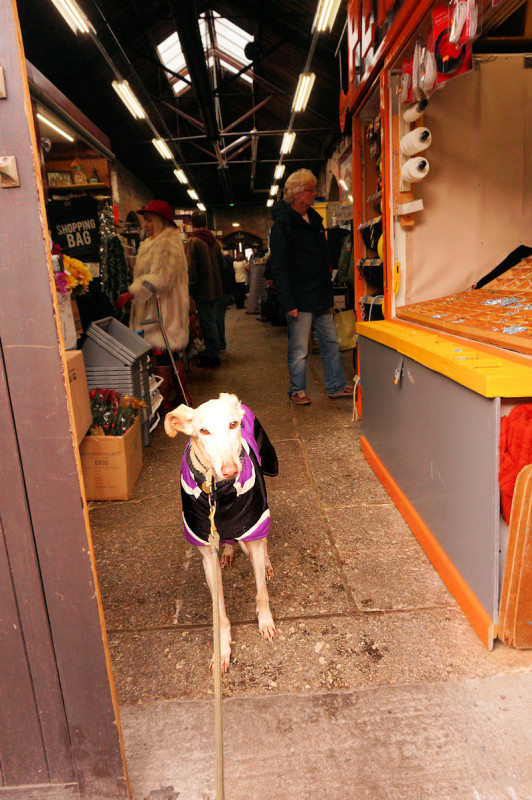 My dog is not an outdoorsy dog.
Tags: devon, dogs, walks
Subscribe