I think this is probably the first photo I have of Footie, he was about two or three. (I didn't have a digital camera when he was a kitten!) 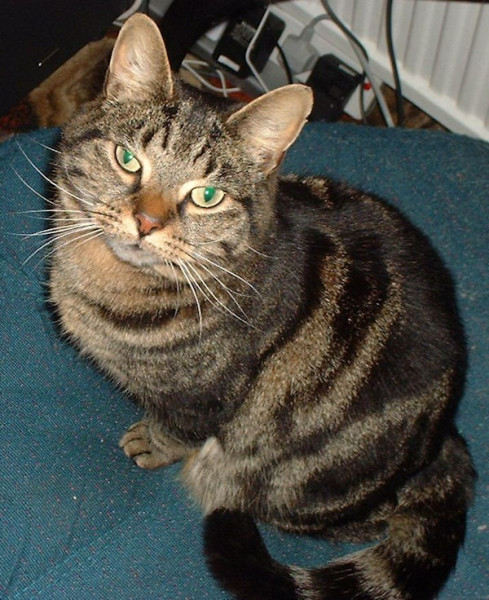 Hanging out with Mollydog Greyhound.

A sample of Footie doing his trademark opinionated yelling 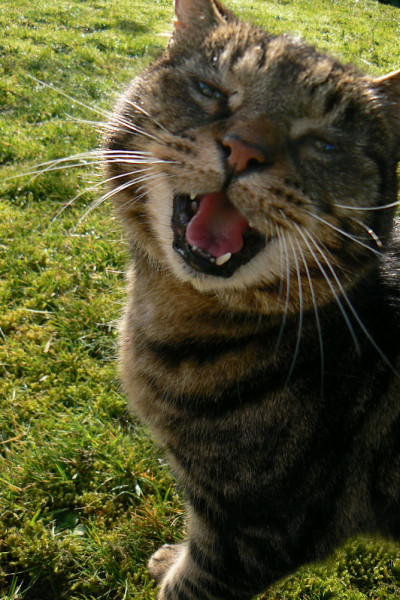 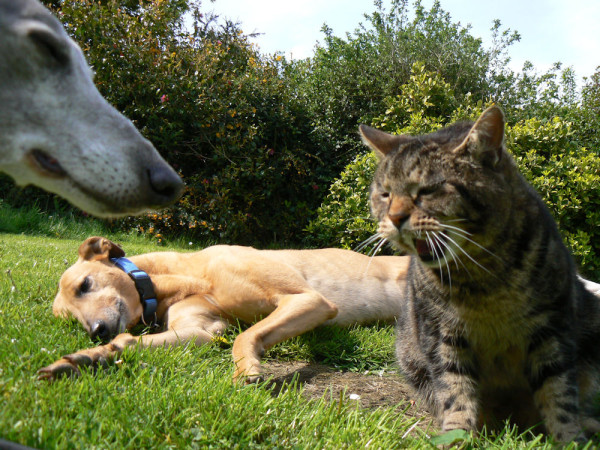 With his best friend, Perl Cat, another Liverpool streetmog by breeding.  They were very close. 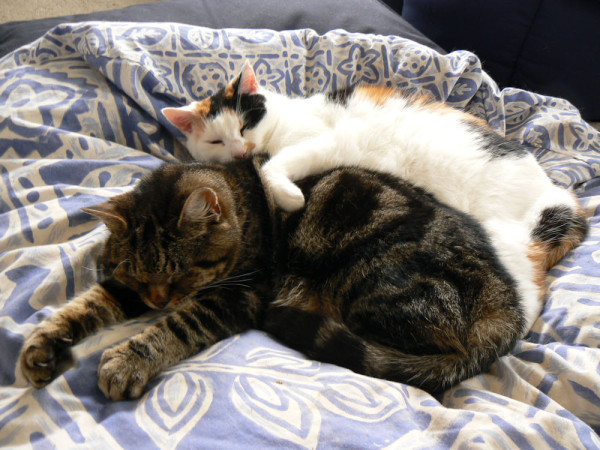 What?  You expect me to open my eyes? 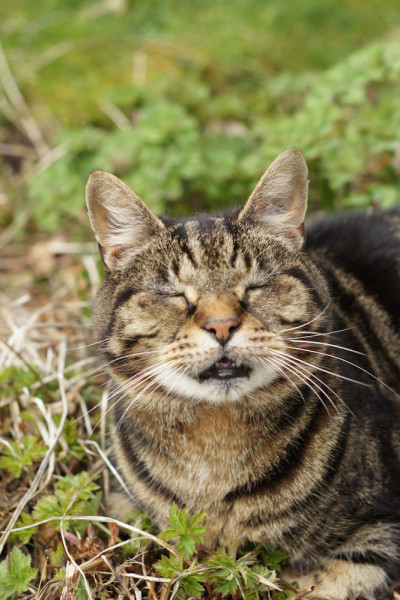 Being friends with Az lurcher. 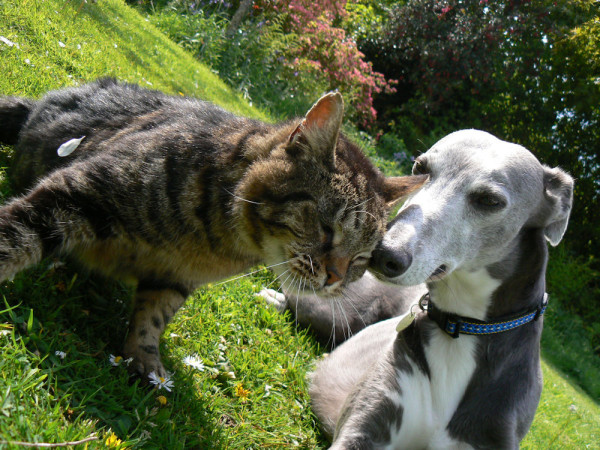 I like his expression in this one: another one from his early youth, I think from the glimpse of that old sofa. 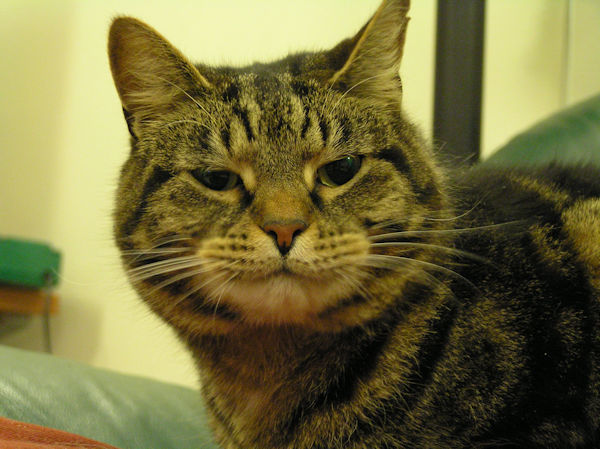 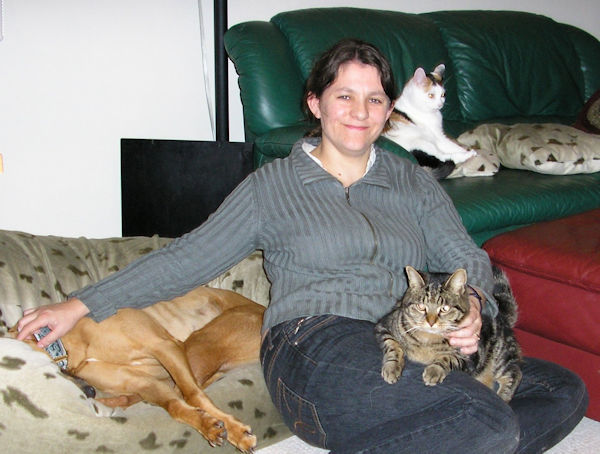