Once again, I failed to bring my proper camera.  I regretted it once we had climbed up through the shadow of the wooded valley into the last golden light of the day. 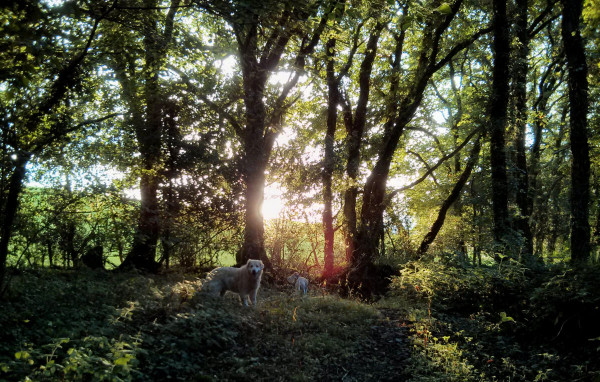 But the phone has not done a too-terrible job of recording the moment. 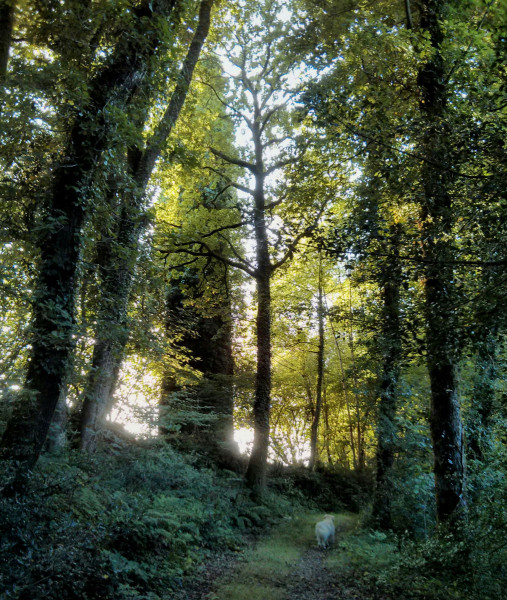 These photos have foster Ruggie in, because Ruggie is slow-moving and spends a lot of time hanging about sniffing things.  So he actually appears in photos that are taken in low light.  Brythen may have shot through the second photo at some point, but he did it far too quickly for the phone to notice him.   The first photo has caught a Rosie poised unmoving, and considering the prospect of rabbits.