Wandering along the river 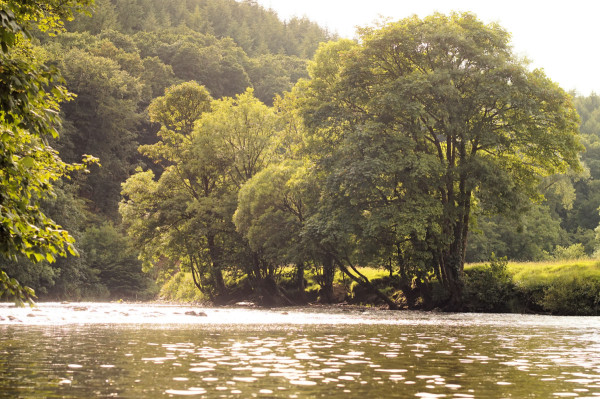 It was too hot to reallly walk properly again.  I should get into the habit of going later, but the dogs aren't keen on that.   I wished I'd worn waterproof shoes rather than wellies so I could go paddling properly  (It's not deep enough here to swim).  I waded in anyway and enjoyed the river.   Oh!  and I saw a slow-worm on my way down to the river, basking peacefully on the sandy path in the sunshine.  The dogs all assumed he was a twig and ignored him, but he did not wish to be photographed and made off when I got the camera out.
Foster Carlos has a home offer!  It sounds a lovely family, and best of all they are local so I can do the homecheck myself, which is always comforting. 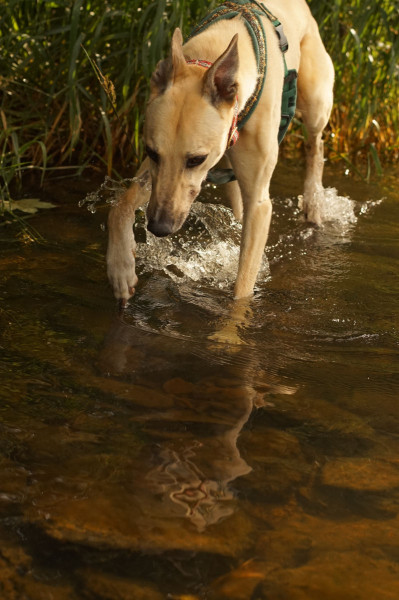 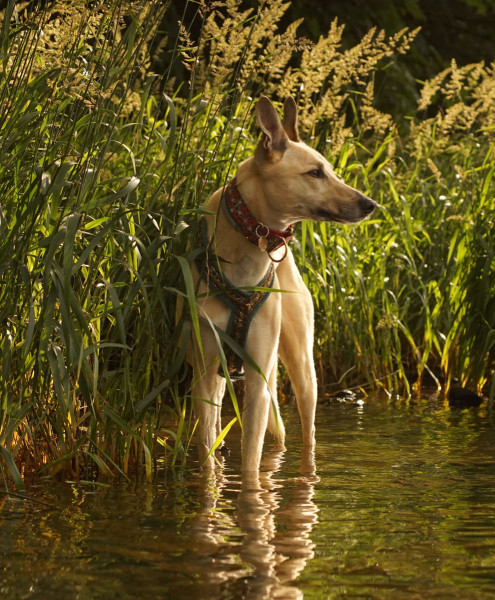 He's a nice old thing. I'd almost be tempted to keep him myself if it was not that Rosie Roo has taken a turn for the worse with her reactions to other dogs.  I'm not sure if it's that she feels she can rely on Carlos for backup (which she can, he's much more supportive than Brythen, being more confident) or whether it's that it's just that bit harder to handle three dogs than two, so that I've skimped a bit on her socialisation practicing recently.  Or maybe the wind changed, or the moon is in the seventh house.  It's hard to tell with Rosie Roo.
Walking past this ford, I remembered that I have a longstanding intention to cross here and walk to the pub on the other side. 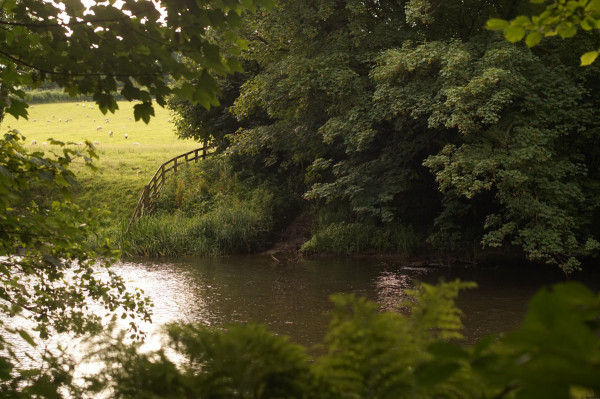 You can get to the pub by going round a longer way via a bridge, but I have long wanted to take the ford route sometime.  People had clearly been crossing on horseback, but the river is still a little bit too full to cross comfortably on foot at the moment.  If it was just me, I might try it, but I think I shall have to carry the hounds.  They aren't fans of wading.  So that will mean taking one across, then coming back for the second one.  I can't carry both of them at once, and carrying a dog does mean you need to be a bit more confident in your footing.
Tags: dogs, foster, lurchers, walks
Subscribe