He was very stressed when he arrived and I spent most of last night trying to stop him barking constantly and whining miserably, but today he is much happier.   He is 12, and needs a new home because his owner has family medical issues that make dog ownership impractical. He was called Elvis, but Pp decided he looked like a jackal, and named him Carlos.  He doesn't seem to answer to either name so it's not much odds really. 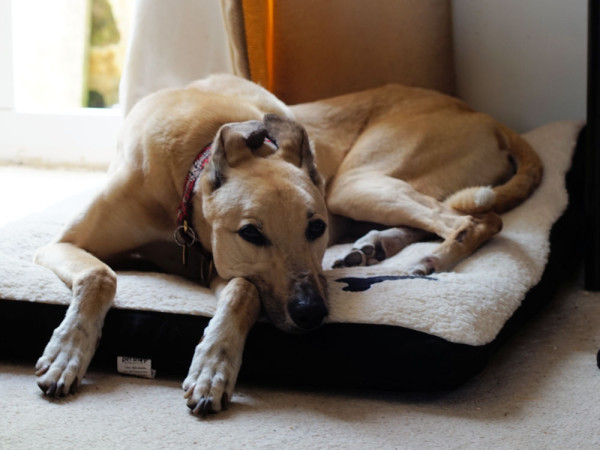 He's ever so good with the cats.   Footie and Yama cats think he's brilliant, because Giant Bully Cat Henning is scared of him and has retired to glower at him darkly from the safety of the utility room.  This means the other two cats are relieved from Wicked Henning's intermittent Reign of Terror. 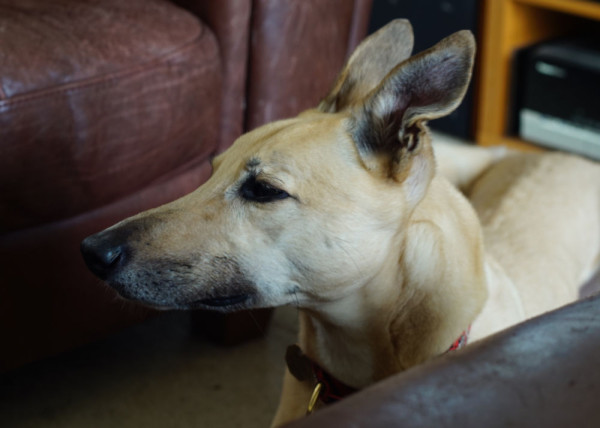 He's awfully thin.  Previous owner said he'd always been like that, but then, previous owner was feeding a very very cheap, brightly coloured dog food.  Will be interested to see if he fills out at all on a different food. 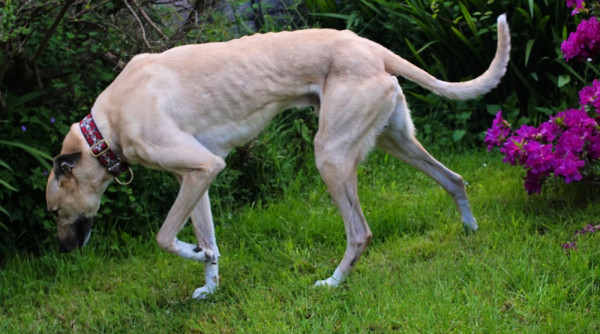 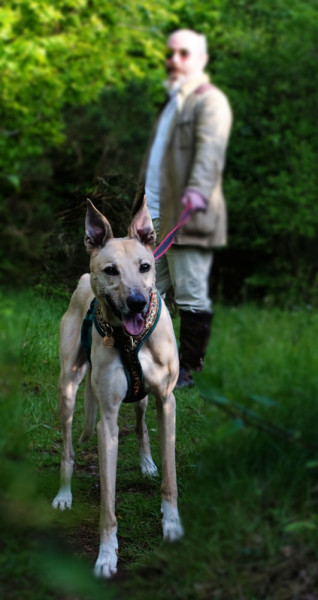 Rosie loves him.   Really loves.  He did try to mount her in the initial excitement of arrival, but she told him quite firmly that she wasn't having any of that kind of thing, and he backed off at once, leaving her feeling all assertive and In Charge, I think.   So this evening there was quite a lot of bouncing and saluki flirting going on.  Poor old Carlos has gone to bed now though.  He is 12, after all, she's half his age, not to mention all that saluki stamina she's got.  Wild guess at Carlos's makeup, maybe greyhound x German Shepherd Dog?

Brythen is a bit intimidated by him at the moment (partly his size, and that he is currently entire), but I think that may also be partly because I tried a new flea treatment a couple of days ago (Bravecto) and it left B off his food and feeling a bit under the weather.   Think I'll stick with Advocate next time.

(I've just heard mystery barking from upstairs and went up to see what was going on, to find Rosie and Brythen solemnly staring at me with an air of abused innocence.  Carlos is still down here sleeping the sleep of exhaustion - so I think B may be recovering :-D. )
Tags: foster, lurchers, oldies club
Subscribe