Random Mine of the Day : Old Gunnislake mine.

Old Gunnislake is an unusually elderly mine, being already busily producing copper at the end of the eighteenth century.  The Heritage Gateway declines to guess when it was first worked, but Aditnow boldly guesses at the sixteenth century.   That means, it's from before the days when someone thought 'Hey, we should make some sort of record of where all these tunnels go'.  Which is why buying a house in Gunnislake is just a little like russian roulette, because Old Gunnislake mine is now underneath a bunch of houses.   In 1992, they lost a couple of electricity poles down a hole that opened in someone's back garden.  At least it *was* in the garden.  It turned out that that shaft had supposedly been capped with concrete, but 'no details remained' of exactly *how* it was capped.

There are a number of documented shafts and lodes plus Gribble's Shaft, which is apparently 'unlocated'.  I hope it's not under this rather nice weathercock. 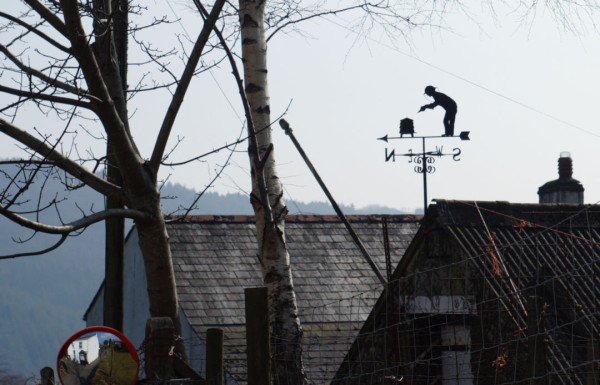 Already a considerable copper producer by the end of the eighteenth century, Old Gunnislake Mine is said to have produced over half a million pound's worth of ore in the 1820s.  Later on, it joined up with Wheal Tamar on the Devon side of the River Tamar.   I'm not sure if this means underground or administratively: it's a long way down to the river from here!
The place seems to have closed for a while, but operations resumed in 1864, and continued on a small scale until 1870. As well as producing copper and tin, Old Gunnislake also produced  torbernite, which I learn is an ore of uranium that was used for colouring glass.  The mine was closed before the beginning of the 20th century, and nothing seems to be left that is visible above ground now.
One of the recorded shafts seems to be under here, which is presumably why there's this odd little field in the middle of the village.  The sheep seemed unconcerned. 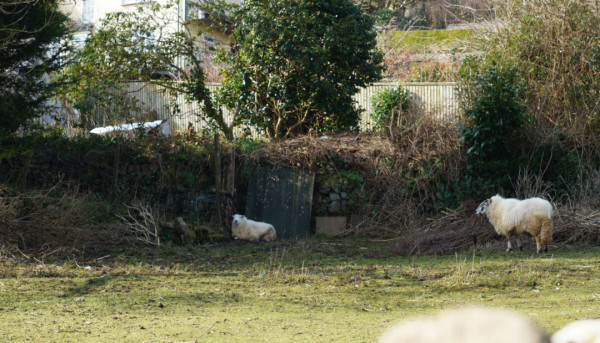 The Great Green Lode, the Little Green Lode and the Middle Lode all run down the hill more or less parallel with this lane. 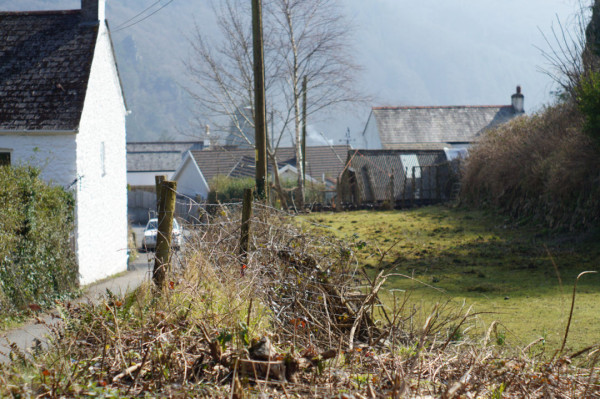 If I'm reading the map correctly, Russell's Shaft is just behind this random piece of discarded industrial piping, to the left of the primroses. 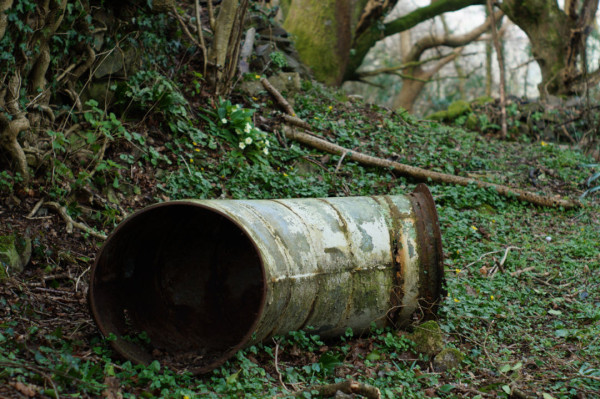