Here's a tiny wooden Aragorn I have made for

lindahoyland.  He's not quite three inches tall.   I was terribly keen to carve him once I had the idea, because I thought Aragorn in his Ranger's outfit would work well in the style of a Lewis Chessman.  He's come out a little less cartoonish than they are, but I am pleased with him.  For one thing, he stands up!  I find that quite hard to achieve: this is why many of my carvings are designed to hang up rather than stand up.

I agonised over which wood to use.  I had almost settled on oak, for its durability, and I even cut a piece of oak for the job, but I kept looking at it and it was *just wrong*.  So I went out and wandered around looking at trees, and realised that actually, I have the perfect tree for an Aragorn figure in the front hedge: Rowan.

It's not a long-lived tree, as trees go: it lives perhaps two hundred years - but it pops up in unexpected places from seed.  It has white blossom like the White Tree of Gondor, the fruit has been used to flavour beer, it's a tree that hybridizes easily.   It is sometimes called the Wayfarer's Tree, or the Traveller's Tree.   And of course it is well known to have strong powers to ward off evil. 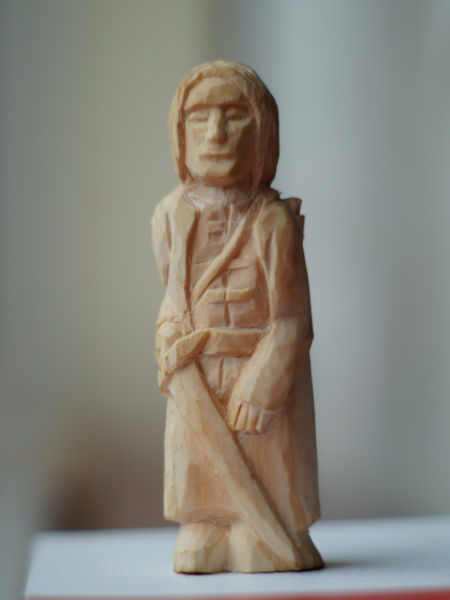 It carves quite well too, although I think the room was a little too warm: he has just a very small split starting in the base.  I've waxed it, and I'm fairly sure that left to season in a bag in a cold room for a few weeks, the split won't run any further.  But I won't risk posting him until he's seasoned a bit more.

Of course, the camera has picked out every tiny imperfection... 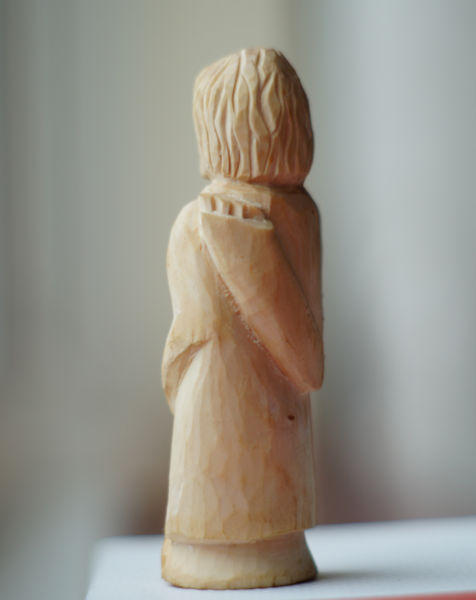 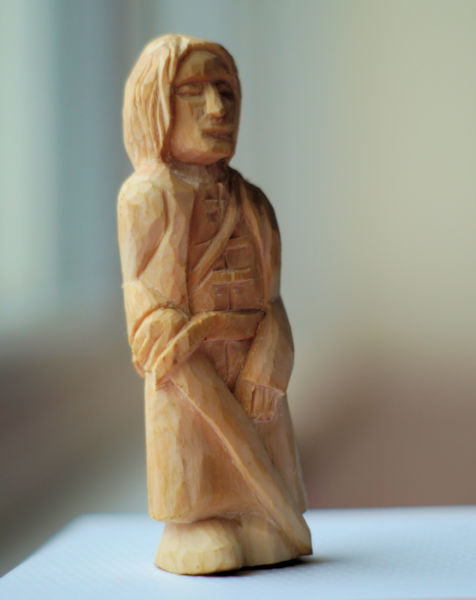 You can just see his sword is a little curved in this last photo, but that's what you get carving from smaller pieces of wood.  I cut a side-branch, because I didn't want to go cutting down flowering trees in the springtime. 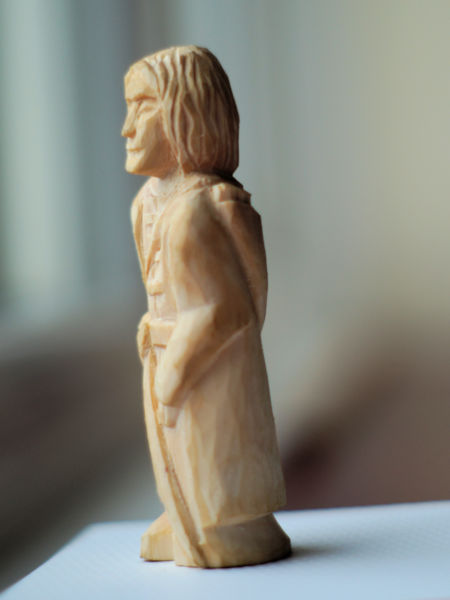