Random Mine of the Day : Drakewalls Chimney and Reservoir

I photographed Drakewalls mine before, but I'm revisiting it, because I walked past this end of it the other day, and thought I would take a photo of the place where the old reservoir was before they finish building on it, partly because I liked the Giant Twirl of Orange Pipe.   I can't find any details about the reservoir apart from the name, but I do know that in 1822 when the mine was sold, it was listed as having 'two excellent water engines of 44 and 30 foot diameter'.  So I'm guessing the ex-reservoir was to hold water for those. 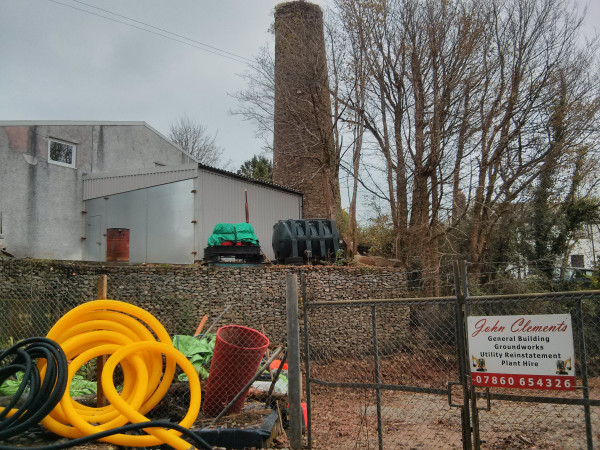 From the other side what was probably an arsenic calciner has been replaced by, a tiny industrial unit, belonging to a customer of ours, the magnificent Joshua Preston Marine and Heavy Engineering, manufacturer of Aluminium Workboats. 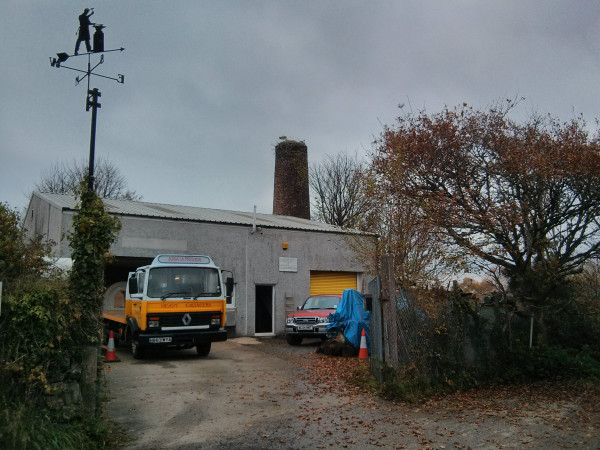 I photographed this partly because I love the weathercock, and because I like the juxtapostion of  ruin and modern industry - but also because it makes me think of that single square that you sometimes used to get, playing Sim City, where you had zoned an area to be industrial, and then bad times came and all around the units went bust.   All around this square, the mines have failed and decayed and been zapped and rezoned to Heritage, but here is this one little square that mysteriously still goes on surviving and thriving, even though an Area of Outstanding Natural Beauty has sprung up all around it.

I used to like playing Sim City.  It's sad that nowadays computer games so often whiz and whirl and make me sick. :-(
Tags: cornwall, mines
Subscribe