Random Mine of the Day : South Bedford Mine

What, you thought I'd run out of mines?  Hahaha. no.
South Bedford mine was a relatively unsuccessful coppermine on the Devon side of the River Tamar,  the little sister of North Bedford Mines, aka Devon Great Consols, just up the river.  The Heritage Gateway is unsure whether this chimney was for arsenic refining, or whether it was connected to a steam engine.   The mine was already disused by 1884.   It is located right on the river, and apparently there are signs of shutes that carried ore down to barges so it could be removed for refining, although I don't remember seeing those.   There's also a note that 'during the War' test pits were dug to investigate the possibility of finding wolfram, but these were unsuccessful.  The HER does not clarify which War they mean, but the source is from the 1950s, so I'm guessing WWII. 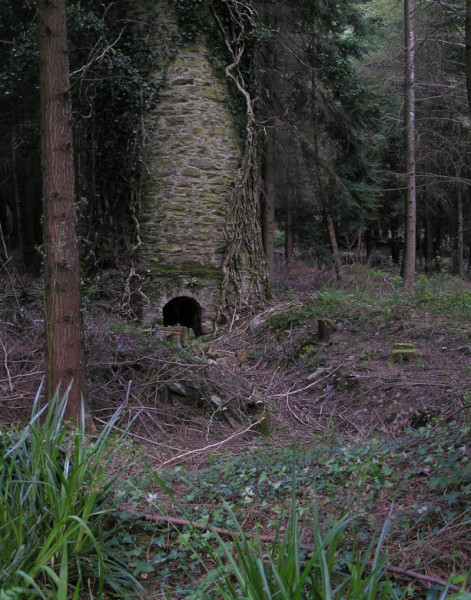 The photo above was, I think, taken in about 2007.   It used to be possible to cross the river at Gunnislake, turn right and follow the old track past the South Bedford mine and the river weir and all the way down along the riverbank on the Devon side.  I did this walk a couple of times, and always meant to go again, as it's very lovely. But when I went there again a year or so ago, I found that the track had been gated off with a lot of padlocks and fierce signs saying 'Private'.  So it looks as though I will not be taking any more photos of South Bedford mine, at least from this side of the river.

But today I walked along the Cornwall side of the river (which is a footpath, and therefore, one hopes, will remain open!) and looked at South Bedford mine from the West.  You'd never guess it, with its shutes and its quay, its trenches and adits, had ever existed. 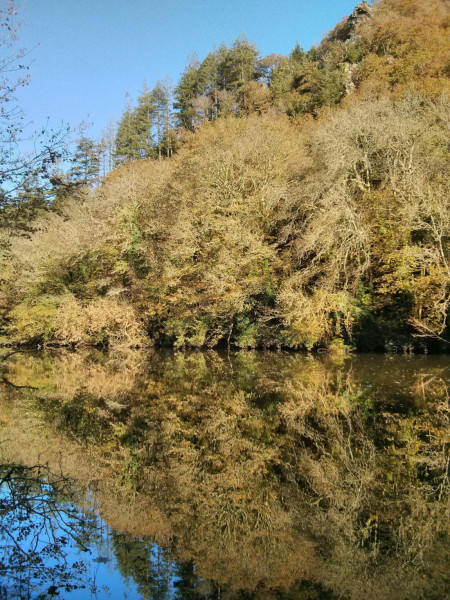