Random Mine of the Day : Great Wheal Martha, or New Great Consols.

New Great Consols mine in Luckett has come and gone, come and gone.  Mineworks in this valley probably started out as surface tin panning along the stream at the bottom of the valley in the late Middle Ages, it was first recorded as Wheal Martha in 1836, and it closed for the last time in 1946.  It was a mine that produced copper, silver, tin and a small amount of gold, as well as, yes, arsenic.

Here's a chimney, in the process of blending in to the background: 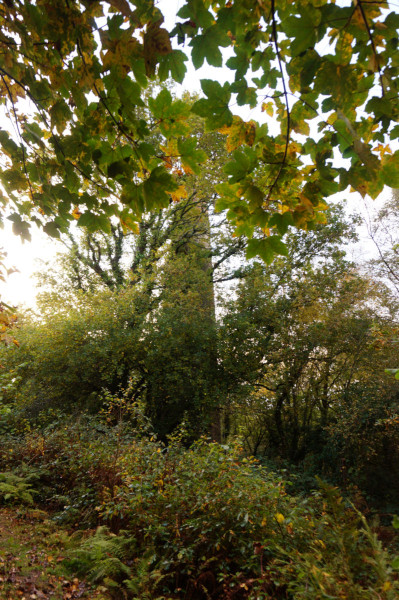 "The arsenic chimney associated with the Brunton calciners is thought to be the earliest of three associated with the mine. The others, sited some 715m and 770m to the south and outside this site, were constructed to discharge toxic fumes away from the village following an incident in 1872, when escaping flue gases caused the temporary closure of the village school."

And here's a ford, running across the road next to a house that was originally a fifteenth century blowing house (used for smelting tin).   I don't seem to have photographed the blowing house, but it had many incarnations after its mining one, including being a cornmill and a stamping house and now an actual house that people still live in -  so I suspect it wasn't recognisably part of the mine.  One of the hard bits about photographing these mines is working out which bits are mines. 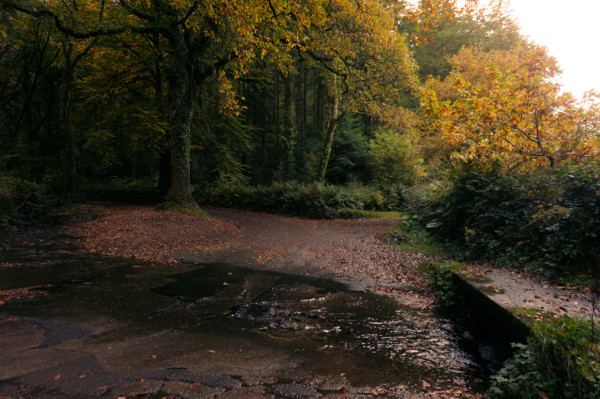 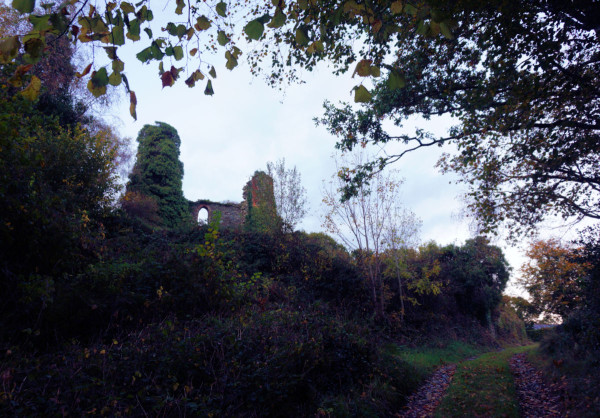 I think this is *probably* a gated off adit running into the same mine, from the location and shape of it, but there doesn't seem to be anything on the HER record about it, so it's probably not a very major one. 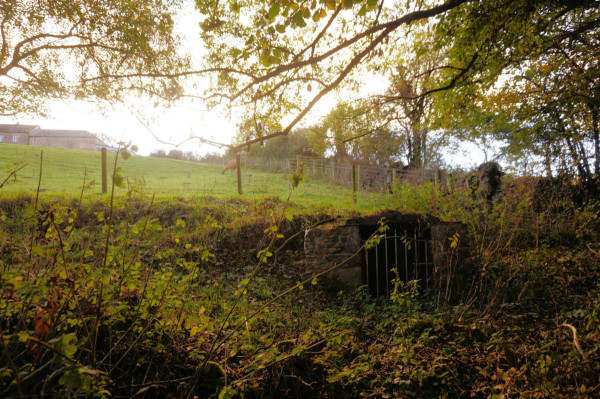