Random Mine of the Day : Hingston Down Consols Mine. WITH BONUS MYSTERY THING!!!

Pp pointed out to me the other day that I never walk at Hingston Down mine, so today I did. 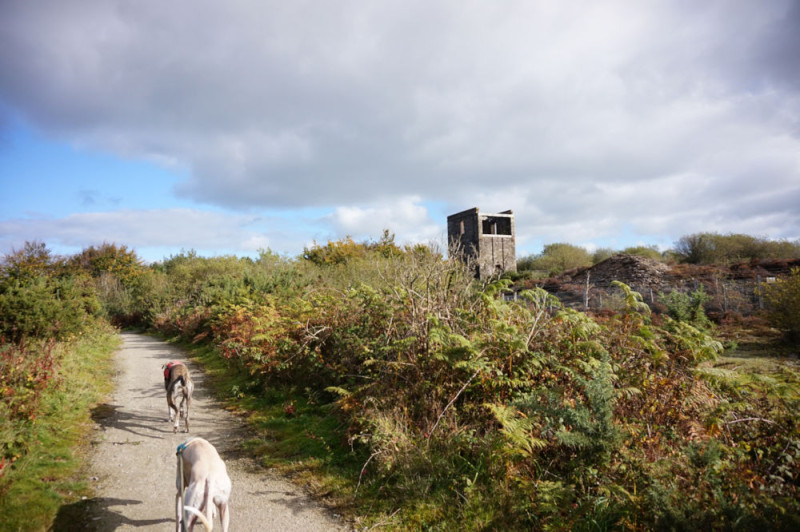 Hingston Down was a Copper, tin, wolfram and arsenic mine.  According to Aditnow, this enginehouse was built in 1905 to house a second hand beam engine.  They never got it working properly since their shaft was too wiggly, and the mine eventually closed, with an air of disappointed expectations. 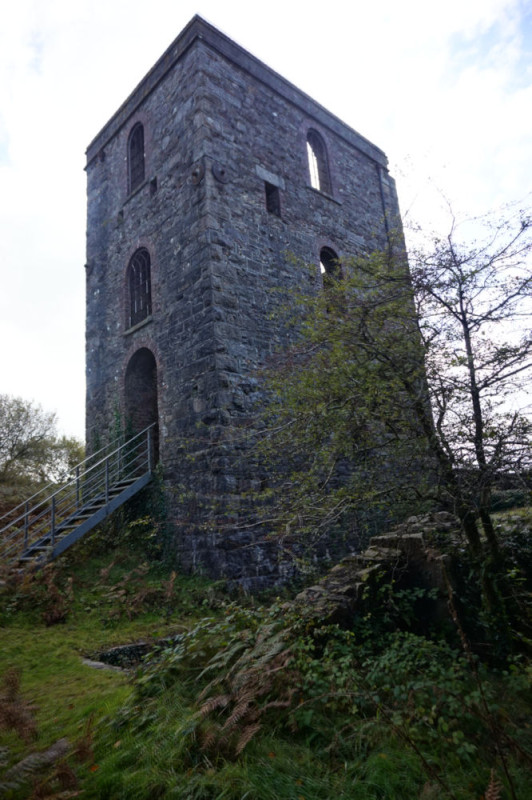 Here's a shaft.  'Danger, Mine Shaft' says the sign.  To my mind, somewhat needlessly.  Behind it is the modern gravel quarry.  There used to be footpaths that went down on the right hand side of this shaft from the old mine into the new quarry, but they have been closed off now, as part of the process by which stuff gets segregated into History, which is to be Visited and Revered, and Industry, which is to be hidden away as much as possible. 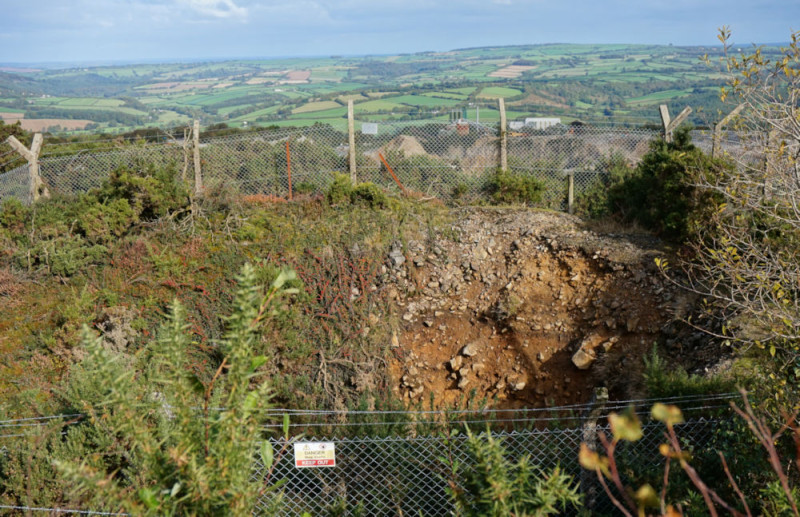 Obsession with the Click and Beep Box is Displeasing to Saluki. 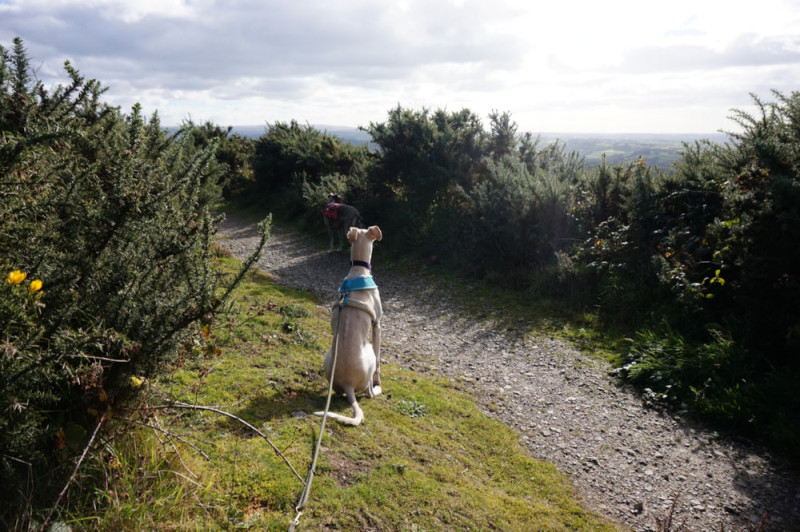 BONUS MYSTERY OBJECT!
I thought this building might be part of another mine, so I photographed it on the offchance (it's hard to see, but those two bits sticking up covered in ivy are actually two walls, shaped as if to support a pointed roof) 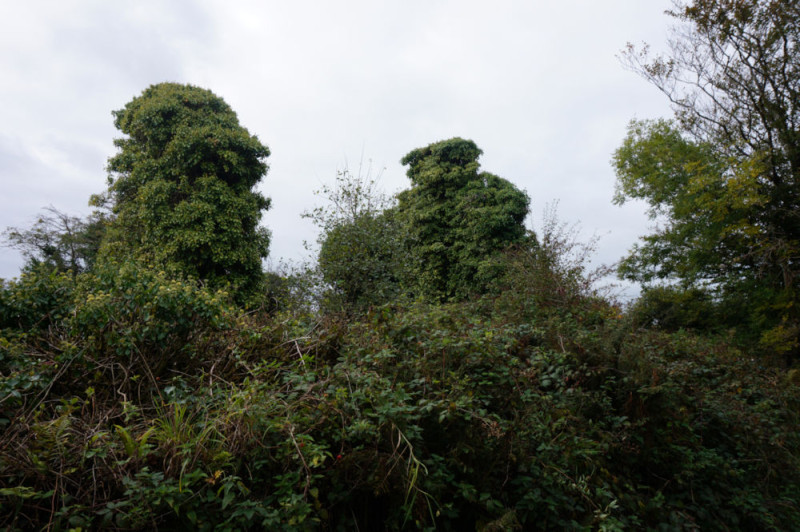 But the Heritage Gateway records nothing for this location, so this is not, apparently History, which is to be Revered and Visited, and clearly it is no longer Industry (to be hidden)

It must be Some Other Thing.

I'm guessing from the location perhaps it was once a barn - a good sized one -, or even a house - but there was this thing next to it: 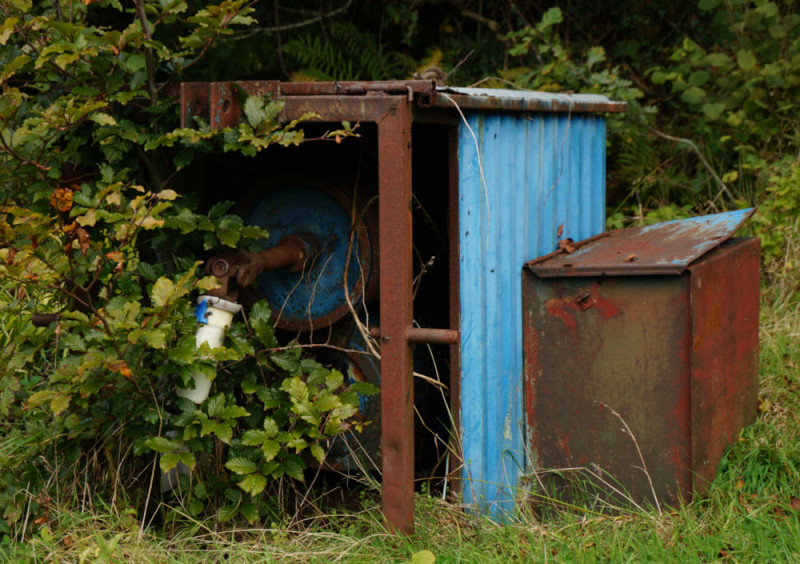 What is that?  The bit inside the little hut looked a bit like a windlass, but the white thing looks kind of like a nozzle although it could also be a handle.

Second bonus thing: I think this was someone's garden once, from the michaelmas daisies, crocosmias and the hydrangeas.  If it was just those, then I'd think it was just a place where people had dumped garden waste, but there are some big decorative conifers that speak of higher aspirations.