I've had a bit of a breakthrough with Rosie.  She seems more confident and less whingy.  She is eating much better, has put on a tiny bit of weight and started begging for food (for most dogs this might be a bad thing, but for a dog that is this hard to get food inside, it's excellent!).  Her manners have improved around other dogs (she's not perfect, but a lot better) and her recall seems better too.  She's more likely to focus on me when we are outside the house, and will even take treats (she went through a long period when she wouldn't eat much, and ignored food outside of the house.

Several things may have helped:
1) I started walking her on a double-length lead, and put the muzzle on her for meeting unfamiliar other dogs.  This meant she could leap and yell and not feel so restricted, without my having to worry she might bite.  Oddly, this seems to have left her feeling less likely to want to leap and yell and more likely to greet nicely, and she has made loads of new friends.

2) I have been watching her very carefully when approaching other dogs, and if she seems at all reluctant or worried, we change direction and get clear - even if I'm in a hurry to get back, and the other dogs are approaching from the direction of the car park.

3) She hurt her leg, and had to have a couple of weeks with either no walks or short on-lead walks.  I think this may have helped her become calmer.  I think maybe I overloaded her small brain, trying to get her used to too much exciting stuff at once.  She didn't like missing walks, but I think maybe the rest let her come down from any adrenaline high she was on.

4)  We caved, and decided that she was allowed to sit on the sofa.  Normally we have a strict no-dogs-on-sofas rule, but I've always ended up bending the rule for whippets, because whippets are only small and love cuddling and get so utterly miserable without furniture.  Most sighthounds are perfectly happy with dog beds and beanbags, but whippets are different.  Rosie is kind of huge for a whippet, but she is SO happy to have access to the red sofa, that it's worth it.  That sofa has covers on most of the time anyway.   Although she does sleep in the dog beds too. 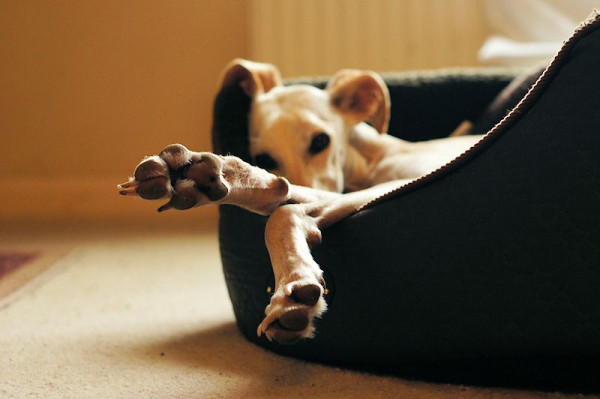 She is not alone in her fireworship. 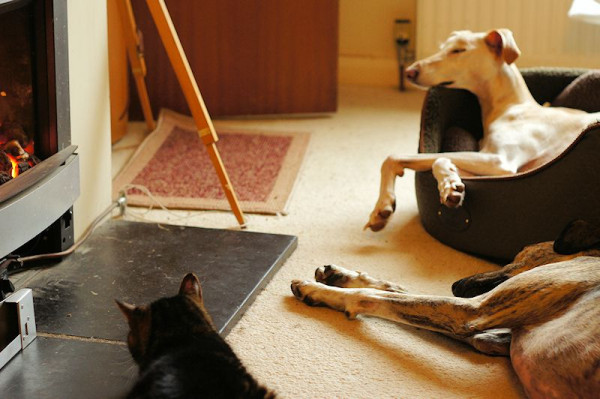 For some reason he likes to sleep like this.  Presumably it's more comfortable than it looks. 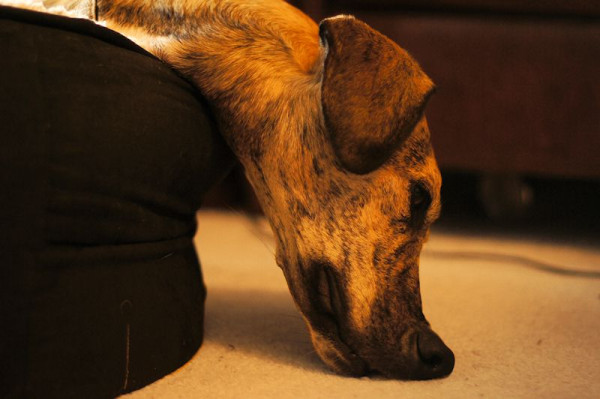