Yesterday, I steamcleaned ALL the mould, removed what seemed like a very large number of arachnids, and repainted the downstairs loo!  It may be a small triumph, but I think it still counts as one.
And then today I went to Buckland Abbey with my mother, who fancied a trip out.  We found a Tudor board game, which we did not know the rules of, so we invented some rules and played a game.  I won, or possibly she did, depending on whose invented rules you choose to go with.

Buckland Abbey have a new Rembrandt of which they are terribly proud.  Well, not a new one.  A newly-authenticated one.    There was a special Rembrandt room where you could see The Selfportrait, and a bunch of reproductions of other self-portraits.  I concluded that Rembrandt very much liked to portray himself peering suspiciously at the casual viewer, as if he had been interrupted by a Person from Porlock.

I've been in the Great Hall at Buckland Abbey before, but it had never struck me before just how many disturbing carvings there are in there.  All around the walls, distressed-looking people are holding the top of the panelling up, and in one corner, is this gentleman who appears to have been abruptly transformed into a wooden chest, and is not at all happy about it. 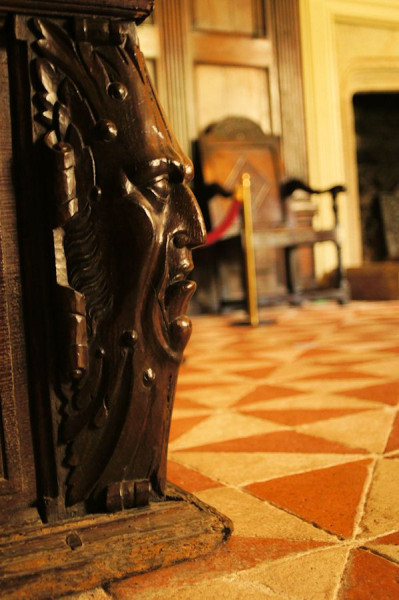 Here is a nice calming garden fountain to make up for the worrying notion of a room full of people trapped as carvings ever since the Tudor period: 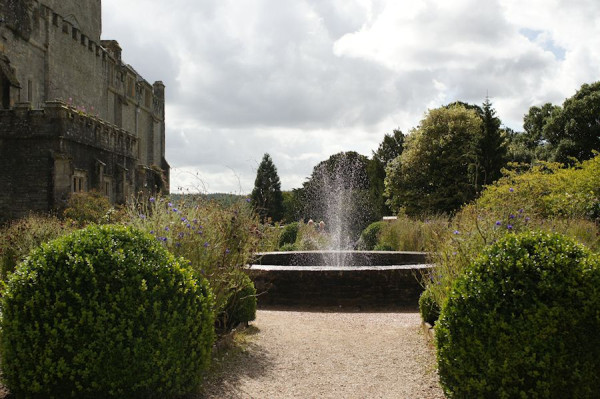 I saw a ghost on Friday.  Or, in today's terms; I saw a combination of light and dark shadows and shapes that came together to look at first like a small child in a yellow t-shirt, causing me to wonder why such a small child would be unsupervised on a main road running through a quarry.  As I walked closer, it looked more and more like a small boy with a dirty face, wearing an old-fashioned shirt stained with yellow dust, a cap and short trousers, and he turned and looked at me.  Then I glanced away for some reason, and I couldn't see him again after that.
But there are no ghosts now, so it was my eyes doing odd things again.
Tags: family
Subscribe