The Lonicera nitida is in full flower at the moment.  With its modest bushes and small creamy-greenish flowers, nobody would accuse Lonicera Nitida of being excessively flashy, but as a member of the honeysuckle family it has a lovely scent, and seems to be deeply beloved of the bees. 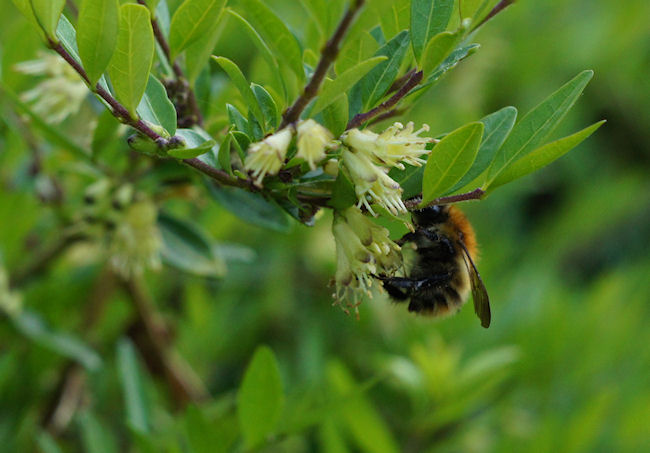 Is that a bee, or something bee-like?  It doesn't look quite as bumbly as the second one: 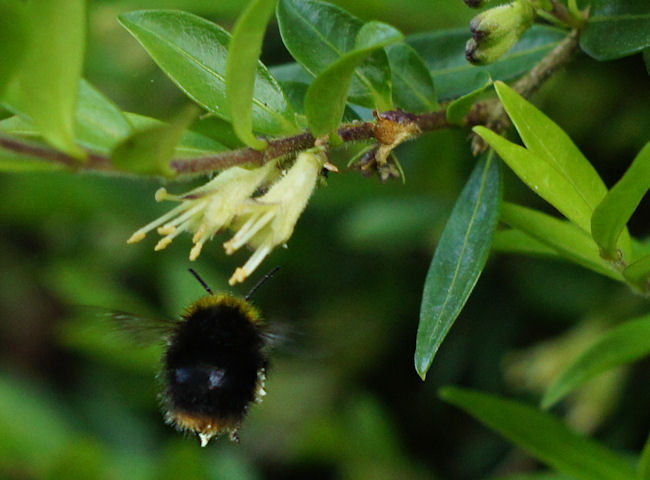 This bee- attraction makes the plant not beloved of poor Brythen, who loathes buzzing things and looks sideways at the Lonicera nitida and sits worriedly on his bottom whenever he goes near enough to hear the bees at work.

I don't seem to have noted many garden updates this year, although I've taken lots of photos.  I think the figs are ahead of where they were last year, I note that I did a fig update on 19th May 2013 with a photo showing figs at a stage very similar to these. 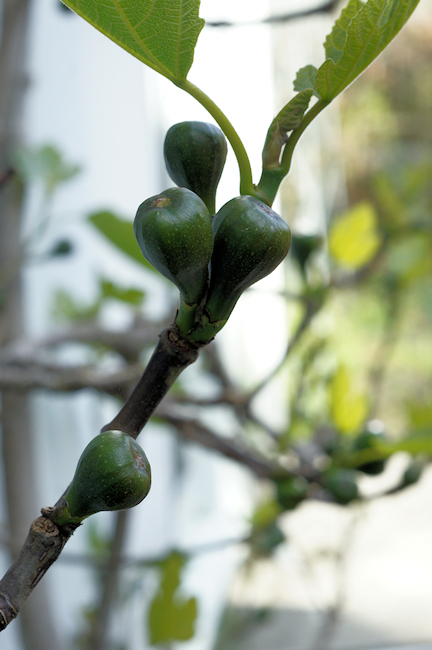 The bluebells  and blue geraniums are looking good - although I think these are mostly hybrids with Spanish bluebells, they look a little chunky to be 100% British bluebells.  The leaves are quite fine though and they do have some scent so they aren't entirely Spanish. 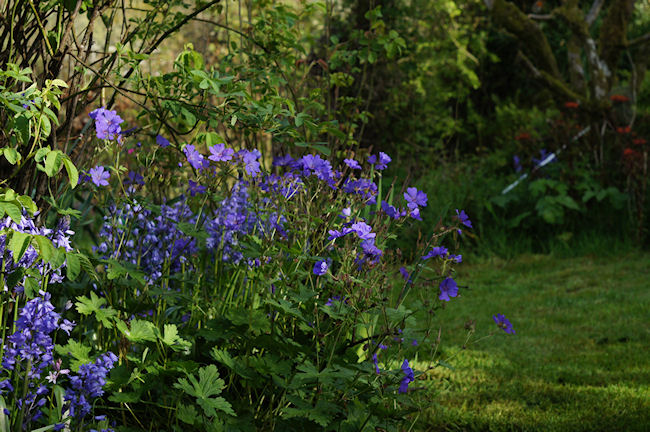 These further up the garden are the real deal though. Love the colour. 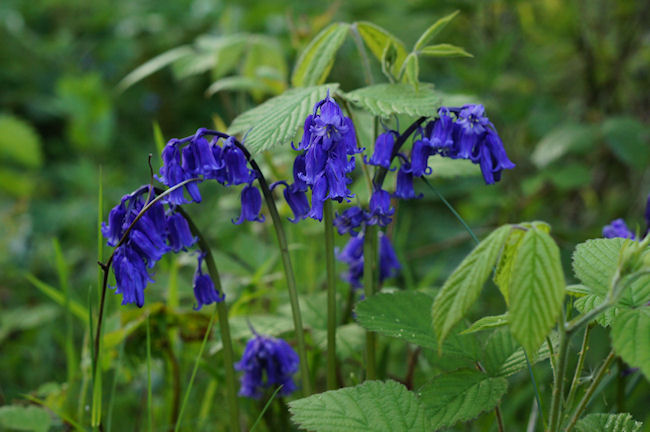