On the whole, Rosie has settled in pretty well.  I am glad that Brythen decided he was a Very Good Dog before I took in another dippy saluki-ish thing though.  If they were both of them haring off into the sunset and misbehaving, it would be rather difficult, but most of the time now, Brythen is the nice dependable dog who stays close and actually does what I tell him.  Well, sometimes anyway. What a change!
Rosie Roo loves the fire with a passion.  She was supposed to be a bit of an escape artist, but so far she has shown no sign of wanting to get out of the garden when she could be toasting herself. We'll see if this changes when the weather warms up, but given the current storm-lashed gloom, that won't be tested for a while yet.

Her dog manners do need work though.  Sometimes she greets very nicely offlead, but sometimes she will hare up at top speed, then nip and try to get another dog running so she can chase them, which is Not On (particularly if Brythen gets excited and tries to join in).  She will be wearing a muzzle for a while yet, so she can't do any harm if she does try to nip, but I really need to work on her recall so I can have some hope of calling her off before she approaches at Warp Factor 9.

Onlead, she has a tendency to sometimes grumble, or tell off another dog that approaches, with loud Grrrrs and even a scruffing, which is also Not On.  I think this may be a confidence issue - she is fairly nervous sometimes, and will jump or shy away from loud noises, although she is nothing like as nervy as Az used to be.  I'm hoping that with time it may wear off, although she's probably never going to be an I Love Everyone dog like Brythen.
Rosie Roo, Footie Cat, Brythen, Brythen's Squeaky Manic Beaver. And a grumpy parsnip. 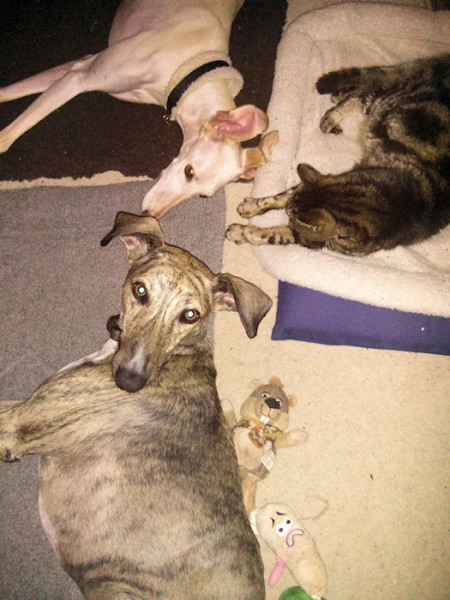 There's always a better rabbit on the other side of the fence. 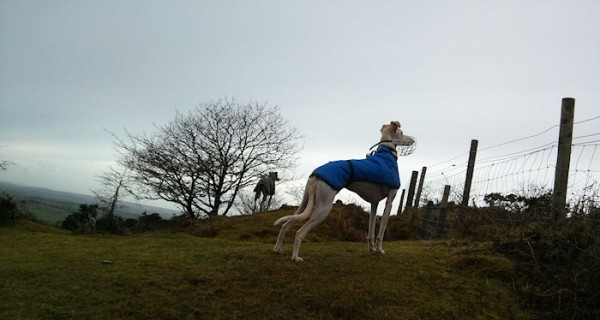 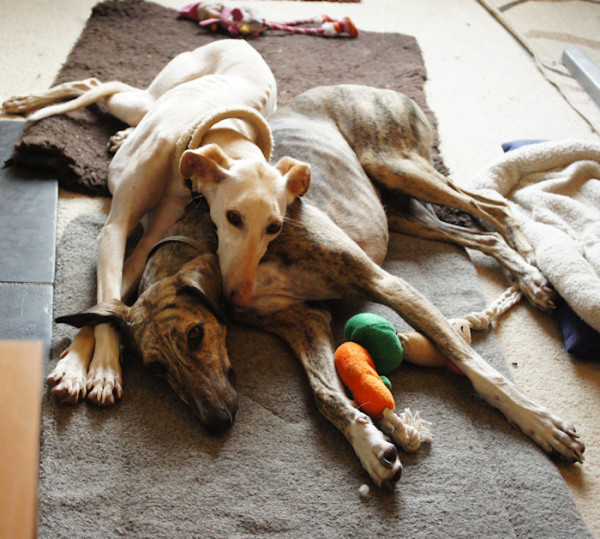 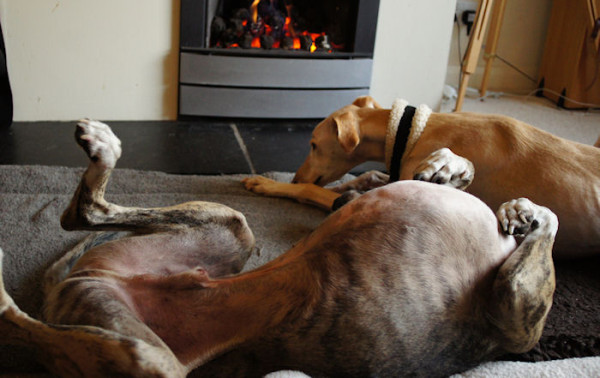 Were you looking at my tummy? 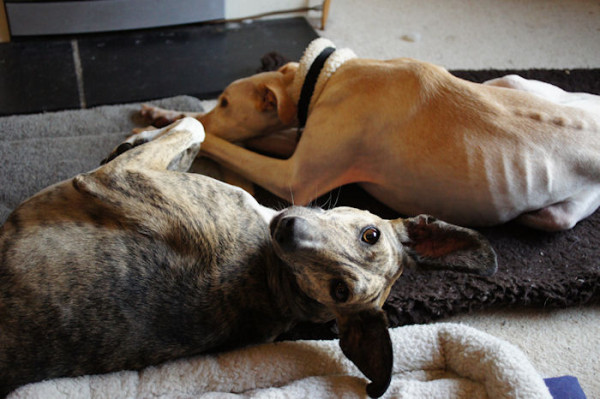 Rosie Roo has incredibly fine delicate skin, thin fur, and is entirely bald below.  So wearing a harness is a bit difficult, because any contact between webbing and dog causes nasty red abrasions.   Even a harness with a fleecy lining doesn't work because once she starts to run, her legs fly all over the place and touch the webbing, resulting in red weals.  So I got a Puppia harness, which has a soft squishy bit that goes around the neck, and made a fleece tube to cover the webbing bit.   It's not all that strong, but thankfully, she is not a backer-outer, or one to take off at top speed, pulling me flat on my face (one of Brythen's exciting specialities that he seems to have given up, now he is a Very Good Dog). 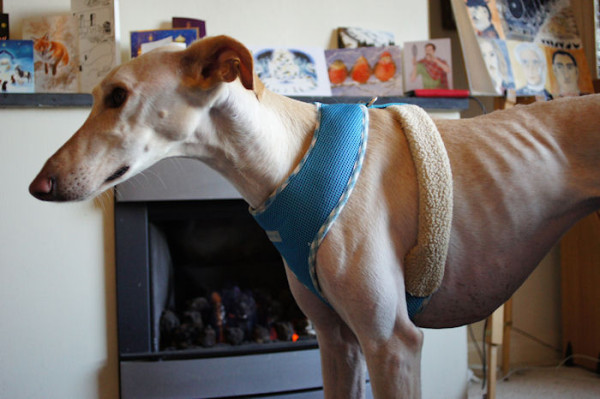 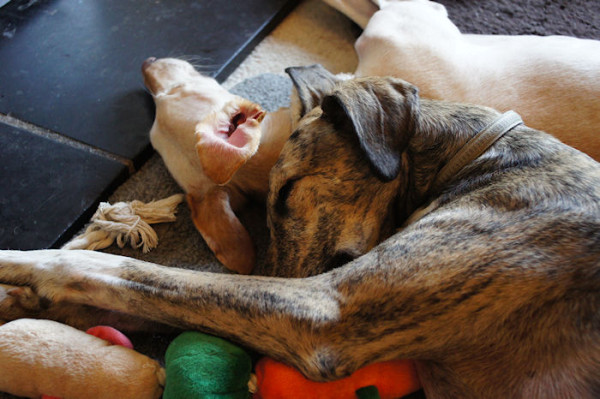 Somehow or other,  wobbly old man Az wobbled all the way up the hill.   His back legs are very dodgy now, but he can go quite a long way, as long as he is allowed to go slowly, with many stops for a snack and to enjoy the view.   Getting food into him is still quite hard, but I've discovered that he can be persuaded to take in quite a lot of calories as long as he thinks they are Special Walking Treats rather than boring meals. 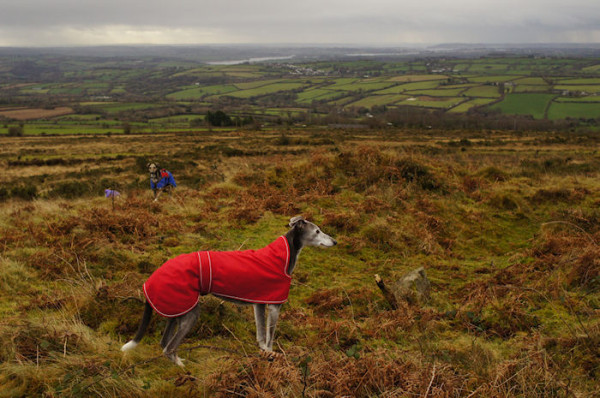 In other news, I am drinking mulled cyder. By which I mean an alcoholic drink describing itself rather pretentiously as 'cyder' with a y, that I felt was a bit oversweet (oddly so since it was 8.5% abv). So I heated it with a cinnamon stick and cloves. It was better like that.
Tags: dogs, drink!, photos
Subscribe