So this was Christmas... with gingerbread dragons.

Pp began the celebrations by decorating his face.  I have an impulse to hang tiny baubles from the absurd tips of this moustache, but have so far failed to find sufficiently tiny ones. 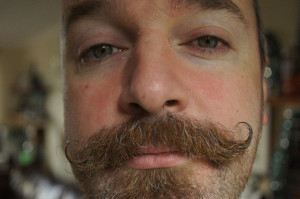 We had a chunk of holly tree from the garden as a tree.  I'm not sure what to carve for this year's decoration yet, but it will be much nicer carving it in holly, which is a delightful smooth creamy carving wood, rather than nasty knotty sappy spruce.  Also, I think my various rather pagan decorations may be happier in fruiting holly, particularly the Neolithic Venus that you can see on the left there. 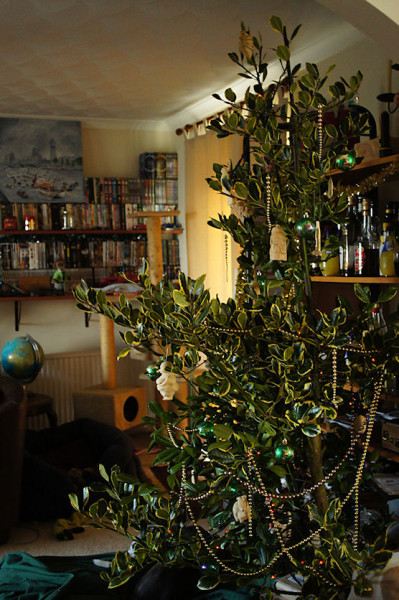 I did end up working on Christmas eve, finishing off a few bits and pieces of websites that I wanted to get sorted so as not to have too much of a mountain to come back to in Jan ( I am on holiday until the second!  Woohoo!)  But I finished pretty early and we actually managed a reasonably relaxed Eve for once.  Giddy with the unaccustomed lack of stressful deadlines, I decided to make gingerbread.  At first, I thought of a gingerbread house.  But then I thought the problem with gingerbread houses seemed like they might be  kind of hard to demolish, and also I had left it too late to go and buy ingredients.  I wanted something that could easily be pulled apart into biscuit-sized chunks, and be made with stuff that was already in the cupboard.

What can be easily pulled apart, but makes an interesting object?  Well, a Lonely Mountain, obviously !

I made a number of gingerbread dragons, just in case a single one might come to bits.   I also made some dwarves, but I think you have to cook gingerbread dwarves for a very short time, or they go too hard and crunchy.  Also, I probably should have got some icing ingredients suitable for icing very small things, rather than my usual attitude to icing, which is generally just to sling some lemon juice in icing sugar, stir and slop it all over. 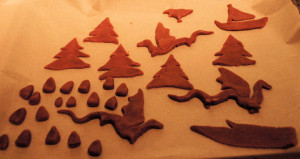 So the end result did look rather as though it was splattered with dragon-droppings, but it was easy to pull bits off, and tasted good, so I count that a win! 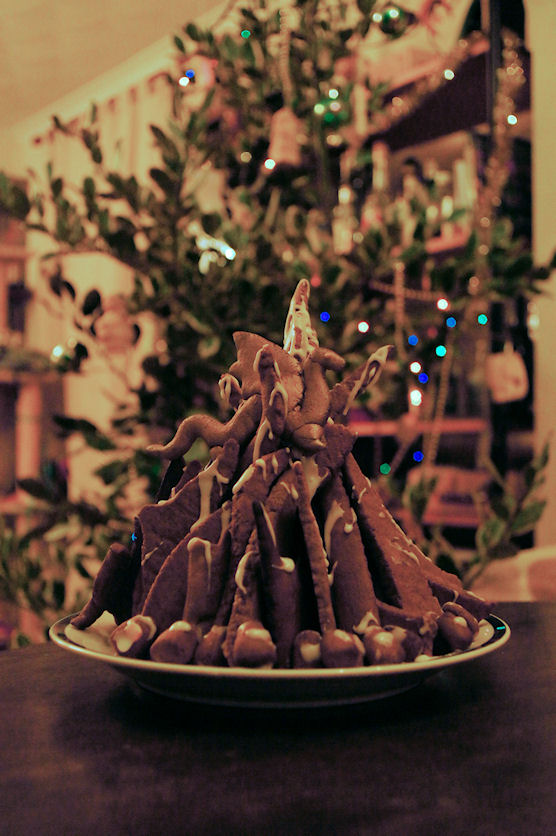 On Christmas day,there was a certain amount of whizzing about moving dogs around, and then we went to meet my Mum, Pp's parents and have lunch in Tavistock.  Pp was very suspicious when I tried to photograph him eating cheese.    He was eating it in a conservatory that has a Roman well in the floor, but there were people eating Christmas lunch over the well, so I didn't photograph it. 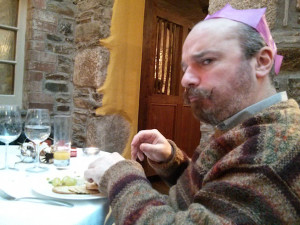 Afterwards we all went back to our house and played Trivtionary, which is a game invented by Pp which combines the good bits of Trivial Pursuit and Pictionary.  It turned out to be a lot of fun.  Pp's father appears to be psychic, and my mother really, really, REALLY can't draw bears.   That's her whippet Flash assisting her.  Possibly if he had done the drawing there would have been better bears.   Yama Bungle appears to be wondering if whippets are edible by cats. 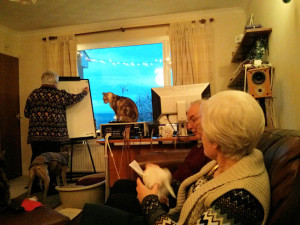 My hounds strewed themselves around the floor and formed themselves into a serious tripping hazard, but fortunately, nobody fell over this year - a considerable improvement over the Year of the Great Frost when I think every member of the party managed to hit the deck at some point. 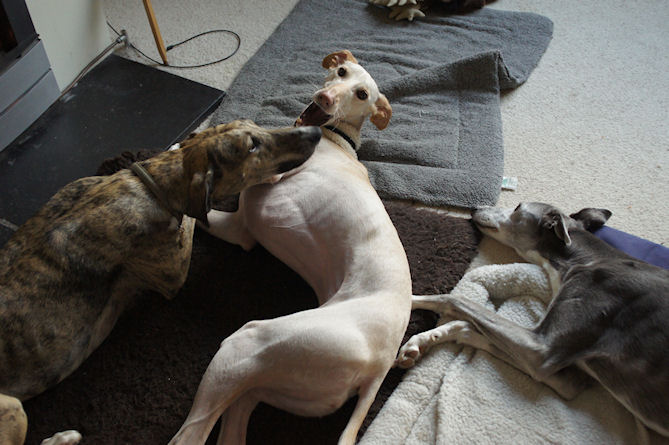 It was a mild and sunny morning on Boxing Day, and we took old, old Az out for a gentle wobble around the hill.   A very short gentle wobbly walk is all he can manage nowadays.  His front legs are splaying out more and more, and one of his back legs drags quite badly.  But he seemed to enjoy the sunshine. 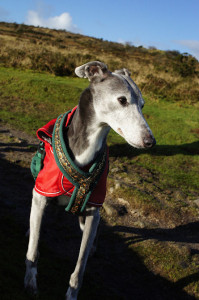 Rosie Roo was very naughty: she ran away twice and had to be followed and persuaded to rejoin the party.   I suspect she could do with longer walks really, but as Brythen has cut his paw and Az is so very wobbly, I wasn't able to do the longer walk I had hoped.   And now, I believe, the storm is back, so how much walking she will want to do tomorrow, I am not sure.  She is no lover of rain and wild weather.
Tags: christmas
Subscribe