1) a flaming VW camper van, well alight in the middle lane of the M5 motorway.  With an enormous queue of cars wondering how to get past it, and two sad-faced people standing on the verge, watching gloomily as their holiday went up in smoke.

2) A madman in a car, dodging at at least 90mph up the busy motorway in a series of maniac under and overtakings of the kind you normally only see in movies.

3) A great cackling crowd of geese flying overhead, not in the purposeful manner that geese have when they are on their way somewhere long distance, but swooping and playing and shrieking and barging joyfully, somehow reminiscent of dolphins.

4) Three heavily-tattooed gentlemen in a Middlesborough pub at 9:50AM on a Sunday morning, each with their pint of beer in front of them (we were eating breakfast...)

5) An ENORMOUS bright blue transporter bridge, which looked vaguely as if it was the world's largest Meccano building (also in Middlesborough) 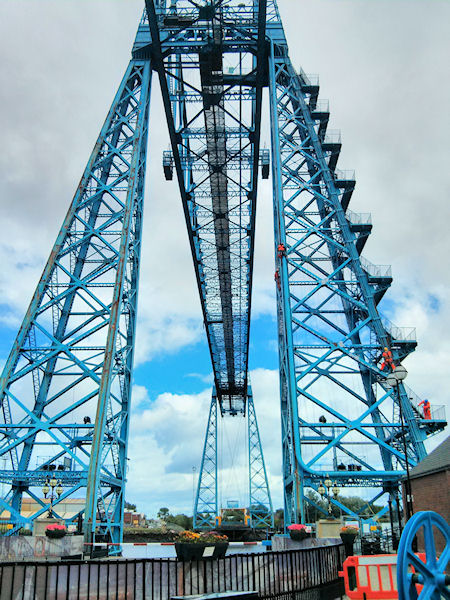 6) A doubledecker bus full of Macedonians in full Macedonian national dress.
7) A monstrous offshore windfarm off a huge yellow beach. 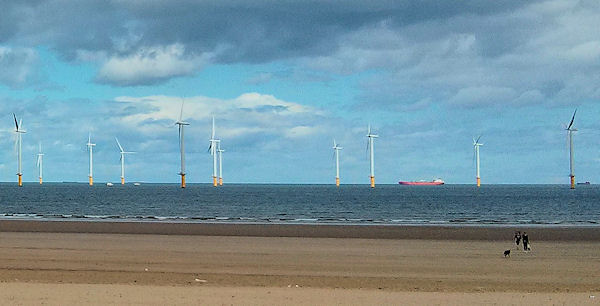 8) the Sword of King Oswiu of Northumbria! (I was very thrilled to see this: it's in York) and also its Blue Peter Badge.  I really like the idea of someone trying to explain Blue Peter to Oswiu.  I think Oswiu is my favorite King of Northumbria.

9) Two lovely ripe figs on the fig tree this morning! 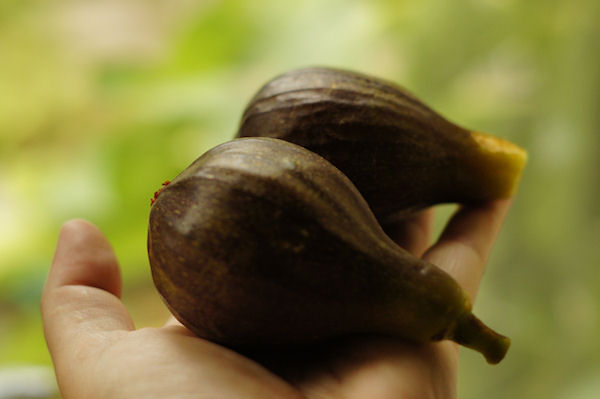