I have not achieved much today - too hot! I tried to finish my story about Druim and the Arcani, and again failed dismally.  I just can't decide where it should be going: it has a setup and a plot, but I can't get my head around characters, somehow.  This is the reverse of my usual situation of having characters and setting, but no plot.  Perhaps I should give up on it and write something for the Eagle fanmedia challenge instead.  I'm tempted by the idea of Old Tradui, (played by an aging Tom Baker, of course) telling a series of increasingly improbable and wild tales about the adventures of his youth.

I thought about painting, but didn't.  I considered working on one of the websites I volunteer to help out with, and - didn't.  I drank an enormous quantity of iced coffee and lolled about the house, watered the greenhouse and mowed a lawn.
But I did assemble two of these lightshades, each composed of 30 identical plastic bits. 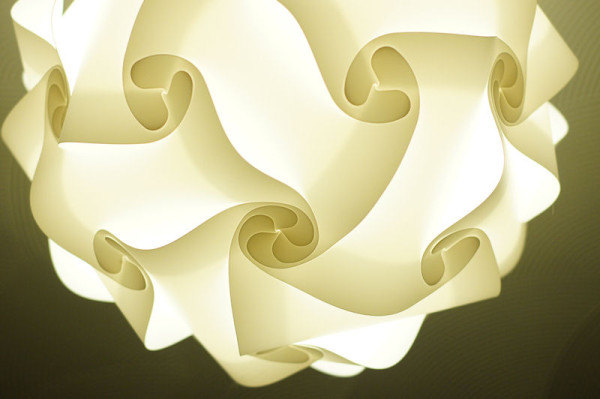