I can still hardly believe this.  Suma Bungle died today.

He was playing with Brythen in the garden this morning, then around lunchtime, he was curled up with Brythen in the sun, when he suddenly started mewing loudly and we realised he was wobbly and having problems breathing.  We rushed him to the emergency vet, who diagnosed a massive pulmonary oedema, probably due to a serious heart problem. He died about an hour later.

He was the friendliest of cats (once he'd learned that leaping open-mouthed onto your dinner plate was frowned upon),  very cuddly and talkative, and rather glamorous too.   He was only eight!  We knew he had a heart murmur, but it had never seemed to cause him any problems until this last day. 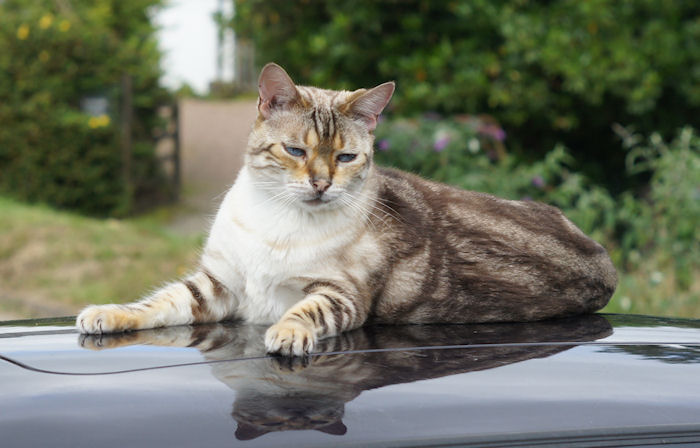 I've got so many photos of Suma and Brythen - snuggling on a beanbag, sharing a bed, together in front of the fire, playing with a toy together. 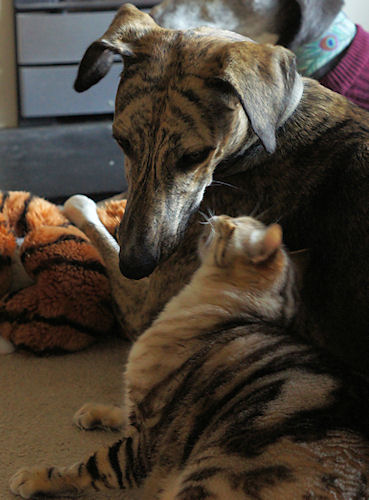