Things I Did on My Holidays

I went on holiday to the Spinward Marches, with

pwibethran (trying, not entirely successfully, to escape his LJ username) under the somewhat capricious and diversionary supervision of

philmophlegm, while eating heroic quantities of cake, and drinking surprising amounts of... well everything really, including a bottle of Advocaat and a bottle of Amarula Cream (otherwise known as Elephant Juice).

We found a spaceship of strange design, cleared out the corpses, redecorated it and sorted out the dodgy plumbing. Then, once we had addressed the important issue of en-suite toilets,

we visited many planets, from the underground cities of Aramis, to the arcologies of Carthage.  We hunted rare spices over the empty dry hills of Keanou, and raced emergency custard to a world of pudding-starved miners.    I played a woeful Aslan (lion-being thing)  called Herloi, whose father and grandfather had gambled away the family fortune and left me well-educated but impoverished. Repeated misrolls also ensured that I was a physical wreck :-D  Fortunately, most of the rest of the party was relatively weedy, so we were forced to find non-violent solutions to our problems.  This made a refreshing change...

We landed on the planet Focaline, and searched for signs of the ships that crashed there.  It was when we were searching for wreckage on this well-known groat-farming world, otherwise known as Lydford Gorge, that we began to suspect the GM was trying to kill us.

This photo does not show a bit which was particularly trying to kill us. This was a flat easy bit where I dared to stop clutching my dog lest he or I be washed away downstream into the huge net that I am pretty sure the National Trust must maintain on the River Lyd, in order to catch the corpses of people who fall into the gorge, so that I could take a photo. 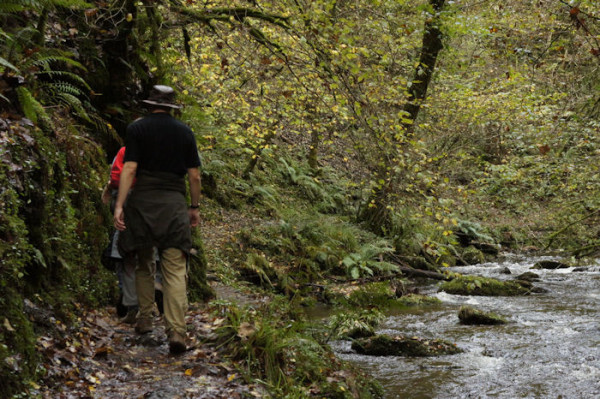 Here is a slippery gorge-wall oozing water and moss, and slathered with rainbows. 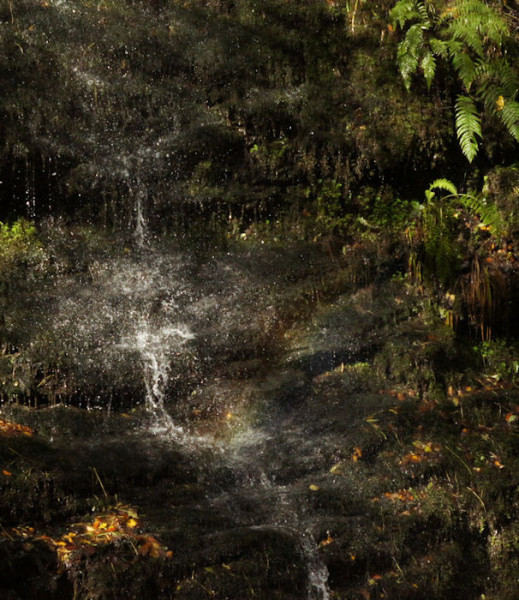 When we had survived the worst bit, we found a tree where previous survivors had left coins, presumably in thanks to the spirit of the Gorge for not washing them away.  We did the same. 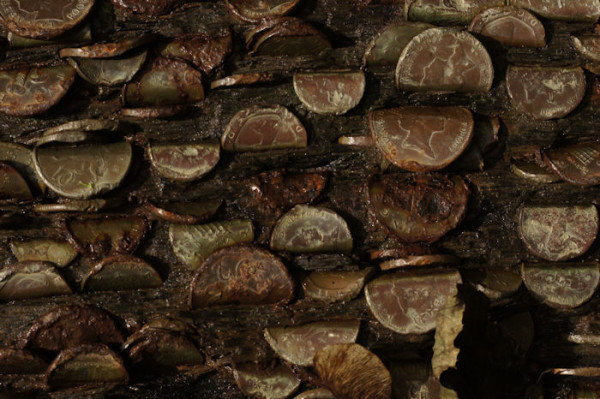 Not content with this, the GM sent us to find a not-octagonal tower, believed to be positioned over an Ancient base. The not-octagonal tower was Brent Tor.  Brent Tor is quite steep at the best of times, but obviously we had to scale it from the steep side. It's a ridiculous place to put a church. 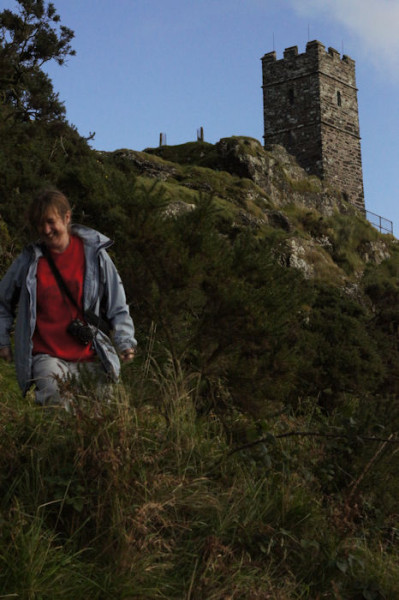 Although admittedly, the view from the top is good. Here are two random Vargr guides posing with Thermistocles Namet, the Hammer of the Vargr. 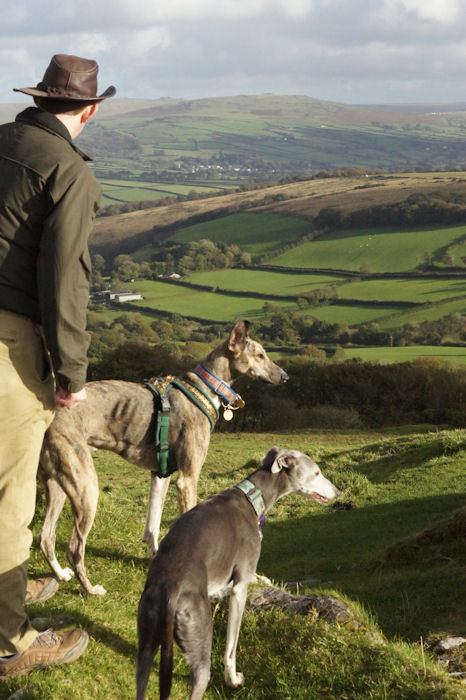 Evening on Dartmoor, or, possibly, Focaline. 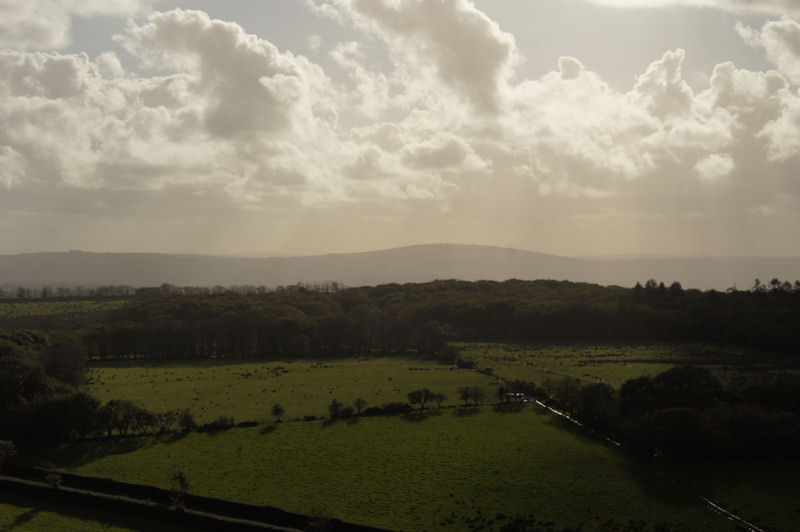 I drew some of the planets, but it's too dark to photograph the drawings just now.   We then had various further adventures, of which perhaps the most musical was teaching four small insectoid robots to sing 'Jolene' in chorus.

At the end of the adventure, we met the Grandfather of the Droyne.  We decided he might be a hyper-intelligent pandimensional superbeing, but he was also something of a dysfunctional jerk.  Oddly, despite being psychic, he didn't seem bothered by us taking this view, possibly proving he wasn't quite such a jerk as we thought he was.

Minor pet upsets of the week :

Az got an upset stomach, and had to go to the vet.  I'm not sure if it was a real stomach problem or his heart getting worse, but he was very panicky and upset.  He was given metronidizole and extra frusemide for his heart, and two days later, he was feeling so much better that he took off after a fox through a barbed wire fence and tore two nasty holes in his back.  This didn't seem to bother him particularly, but I had to take him in to get him stapled, and yet more antibiotics this morning.

While I was setting off to the vet,

philmophlegm found a cat scoffing food in our utility room - not our cat!   Normally we would have pitched him out on his ear, but he seemed unwell, so we decided to get him scanned at the vet for a microchip (no chip!) and hang onto him for a bit while we tried to find an owner.    Much leafletting and enquiring around the village ensued, and finally this evening a neighbour turned up to reclaim his wandering cat.  Wandering Cat has cancer - hence being thin and manky and generally looking like a neglect case, but thankfully has a loving owner.

This is a great relief, as we really do NOT need a Cat Number 7.