Rummaging on an SD card, I found these and realised I had meant to post about them.

Crossing the Tavy at Lopwell Dam with lurchers.   Lurchers having long legs and small feet, they felt the causeway (which is underwater at high tide) was both slippery and terrifying.   I had intended to take a few photos on the way over, not just this first one of philmophlegm setting out - but I was far too busy reassuring terrified dogs that they were not going to fall into the river and drown. 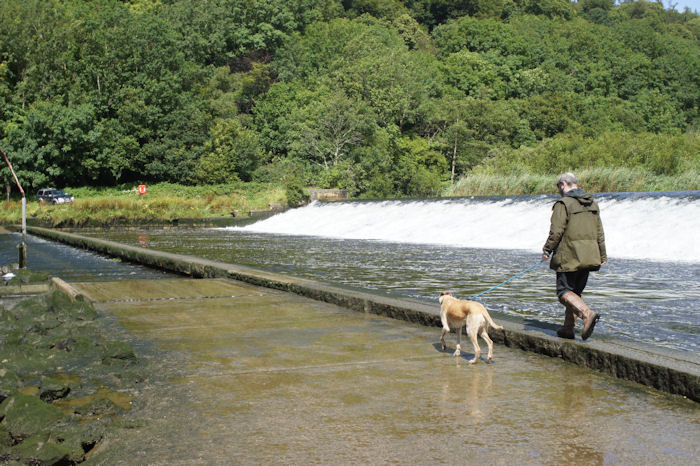 There were lots of these butterflies on the other side - I think they are fritillaries, but if I'm honest, all fritillaries look kind of similar to me, so I'm not sure which these are. 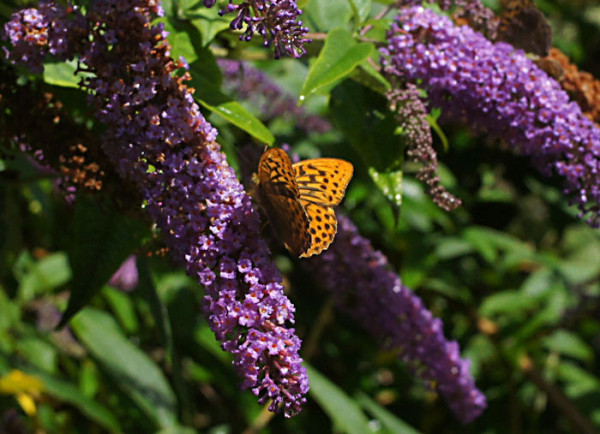 Before the causeway was built, a ferry used to connect the Bere Alston peninsular with the other side of the river Tavy.  This ivy-covered green-grown building was the ferrymen's house, but when the ferry was no longer needed, nor was the house. 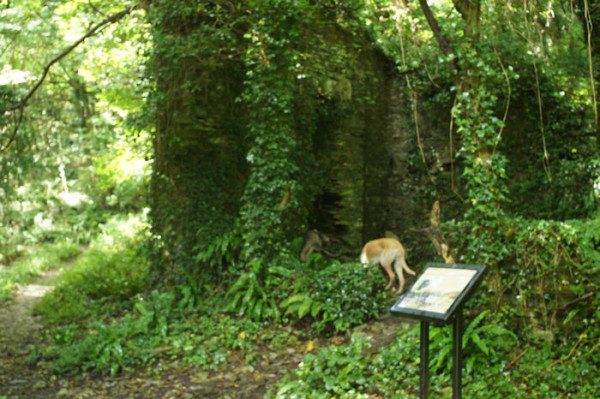 We walked up the lane on the other side.  I don't think the photo really gets across the sheer steepness of the lane.  It was like climbing stairs.  So we were rather surprised when someone drove past us in a car.  A 4WD, admittedly, but still.  Rather them than me! 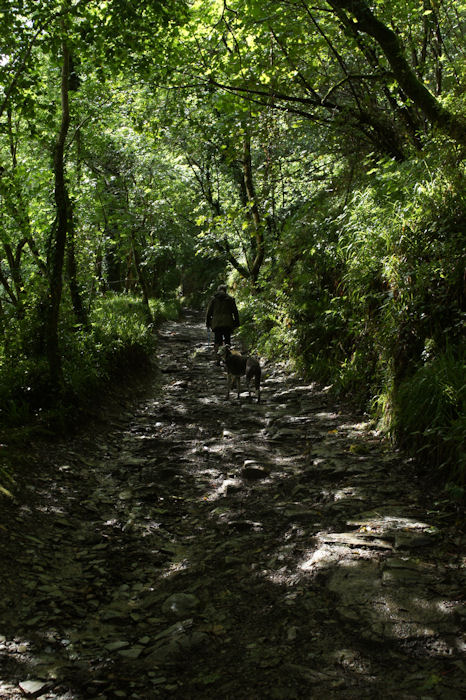 Back across the river, it was time for tea and cake. Yay, a cake with a view! 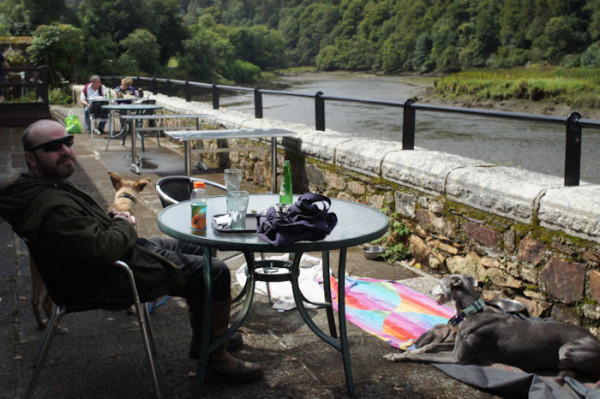 While eating cake, we couldn't help noticing that people were now motorcycling across the river that our hounds had found so utterly terrifying. 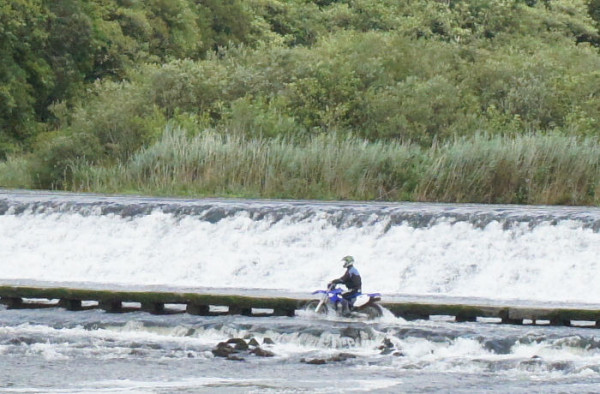 A couple of weeks later, I attempt to photograph the Lynher river (two rivers west of the Tavy) over a beautiful tangled mat of roots. But *something* keeps getting in the way... 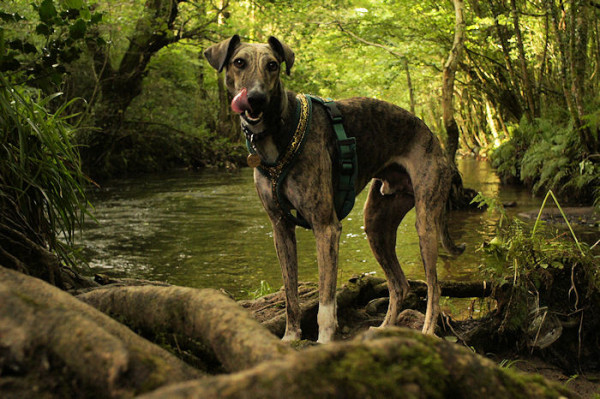 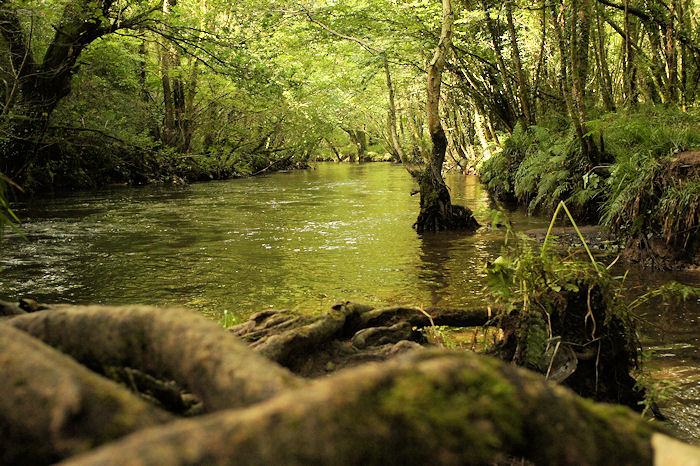 Apparently this river has otters in it, and someone we met saw them recently - just walking along the footpath with her dogs,  at around 3pm in the afternoon.  I had previously assumed that seeing the otters was something that could only be done at 3am with the aid of special equipment and enormous persistence.  Now when I walk along this river I find myself staring fixedly at the water.  But no luck yet.