I had been vaguely thinking about adding some sort of privacy sticker to our kitchen window, which is the only one that is really overlooked and also doesn't have a nice view. But the other day I stumbled on Thorndown peelable glass paint, and thought: hmm.  What if I paint the kitchen window?

I decided to experiment first with a random glass vase, in case the paint was not as peelable as advertised.  I tried painting it with a brush, splodging it on, dripping it, and painting it thick with Brusho pigment.  The front face below was the painted one.
( Collapse )

It was my birthday...  goodness, it was ten days ago!  Anyway, we bunked off and went to the seaside, even though the forecast said it was going to be 100% humidity with 16% rain.  The seaside with the least rain was at Seaton, where the beach is an unfestive grey, although somehow, mysteriously, the sea managed to be more or less blue despite the refusal of both sky and sand to collaborate. 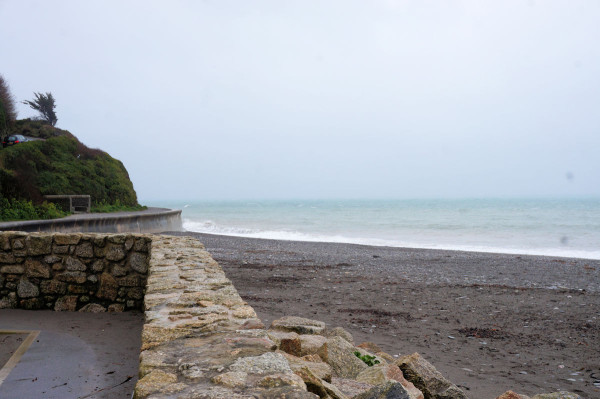