The pub in our village has got a truly magnificent Christmas tree this year!   It also has a young stream running across the front of it, which creates some pleasing reflections. 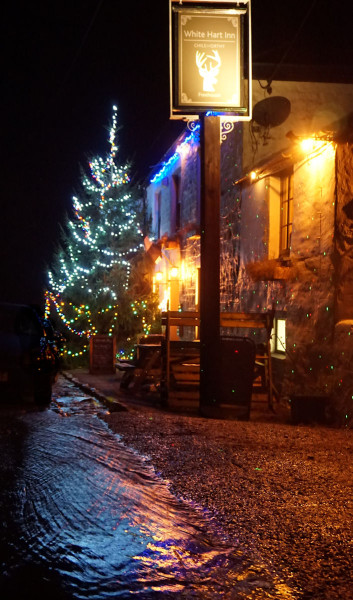 I walked past this morning and noticed a pile of dead pheasants on the picnic table on the right.  I assumed someone had put them there until they were plucked, but later there was a Facebook post by the pub asking who had left them there.  I assume they are a donation to the stew, but I wonder if they have found out where they came from yet. 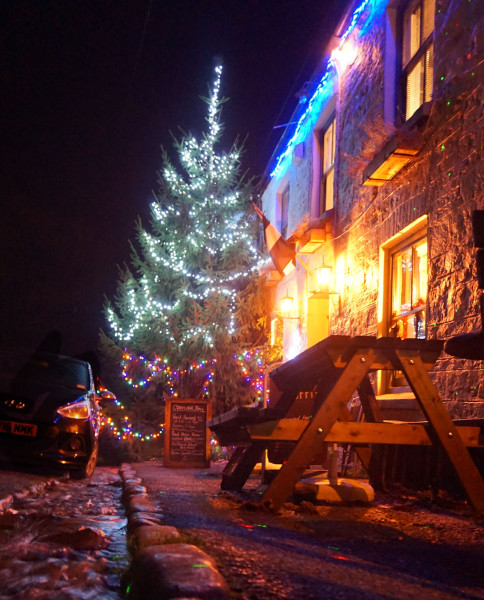 In kitten-related news, we decided to move Fankil into a big dog-crate, because we were worried about catching him to take to the vet.  This went badly, when he got caught up in an old telephone wire and some speaker cable under the desk.  I ended up with six bites on both hands and we both had to go to the minor injuries unit on Sunday night for antibiotics.  Today we took Fankil in for his vaccination, wearing gloves, but he was actually very good this time, so our current theory is that he just panicked because he was caught up.   Fortunately, it will now be a year before we have to pick him up again, so we have time to work things out with him!

Gothmog, despite her name, seems to be getting on with everyone and washed Rosie's ears for her yesterday.  Rosie seemed more resigned to this than enthusiastic, but that will do.
Collapse