So, having saved Kibil-Tarag and won the victory for the Stiff-beard Dwarves, we spent some time asking around after Fankil, Demon of the North Wind and one of Morgoth's greatest servants, who was also, we think, responsible for the terrible White Blight, which was bringing famine to the Southern Lands, who we had been given the task of trying to defeat at the Council of Celeborn.

An ancient Stiff-beard king, King Horn son of Thulin had come up with a  way to bind Fankil for several Ages of the world using an ancient Dwarven Spell.  How exactly it worked, we didn't know, but there were some details. If they were right, we were hopeful we might get it to work with a bit of tinkering.

So, we set off by boat to the Whale's Graveyard, where somehow or other we had worked out we needed to contact Uin, King of Whales, for information. Possibly Angruin was absent at this point, or possibly he was failing to pay attention because Tinglin Redcap was playing the flute or something.

Anyway, we got there, after a brief encounter with menacing Nabkrok tribesmen in boats, and Sirithglor summoned Uin, who came... up. 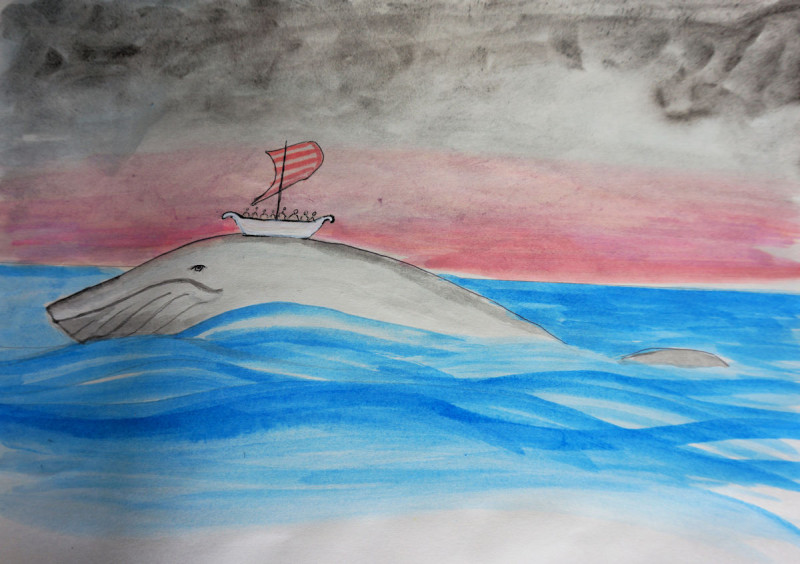 He was a whale of considerable size.
( Collapse )
And that was the end of the adventure for this year.
Collapse