Pp has gone off to a game expo leaving me in command of the Shop on the Borderlands.  I fear I am inevitably going to screw something up, and am in suspense as to what it will be.

I rummaged on my phone and found a few photos I meant to post.  This is not my painting, it's someone else in my art class, but I liked it because of the people nattering in the background and the tea and biscuits makes such a nice contrast with the rather austere Art. 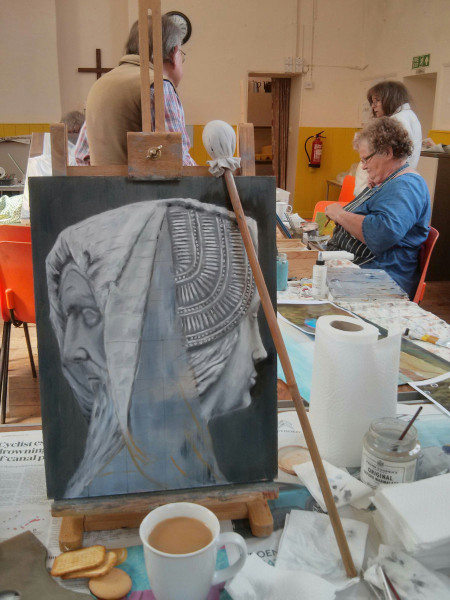 I've been meaning for years to take a photo of this old house when the wisteria is in bloom, and recently I finally walked past and had my phone to hand and it had some battery.  But the medievalishness of it doesn't come through so well in the photo, and you can't smell the flowers. 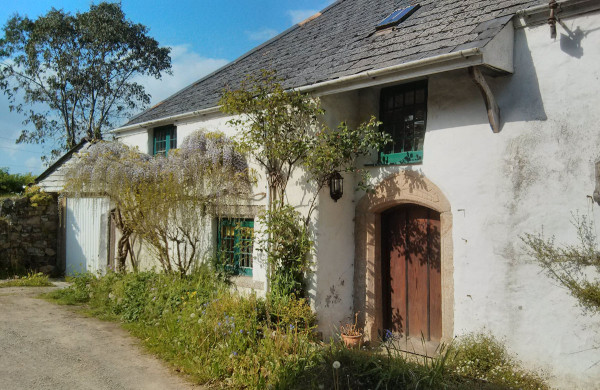 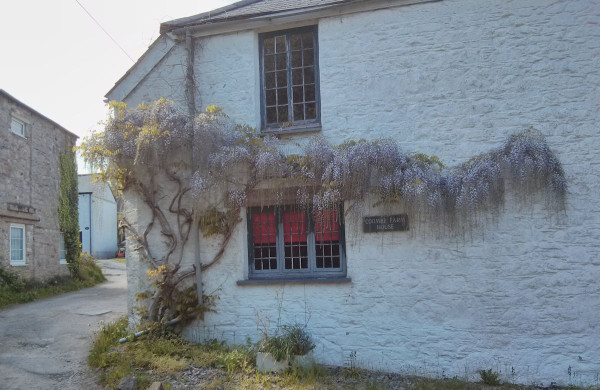 The bluebells are fading now, but this weekend I caught these just still scented in the sunlight at Grenofen on the edge of Dartmoor, on a short walk with my mother.  It was rather warm, and we retired to the cafe at the top of the lane for smoothies and ice cream.  The cafe used to be a pub, but there's more market now for selling tea and cakes to walkers than beer. 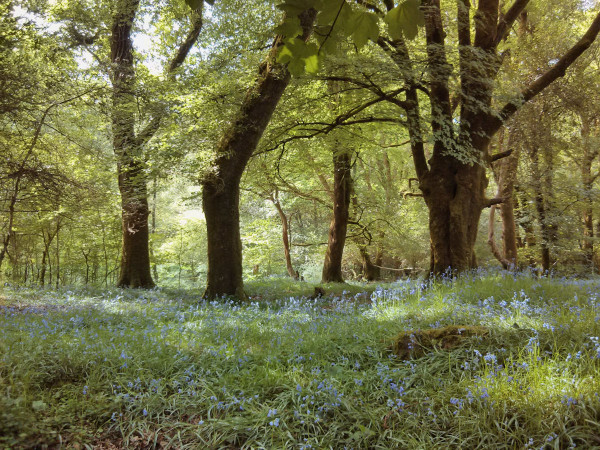 And on Monday we took the canoe out from Saltash and explored Tamerton Lake, which we have never been to before!
Up into the Hamoaze, carefully avoiding the speedboats, and under the railway bridge.
( Collapse )

What else has happened?  Oh, I finished writing my Sutcliff Swap fic, so that's all ready to go when the collection opens.  It has a terrible lack of historical notes, and I somehow feel something is missing, but I can't think of anything very historical to add.  It's a Sword at Sunset story and didn't seem to need as much research as I sometimes do.  Or perhaps writing Tolkien fic has spoiled me for things that can be quickly researched via Google.

I drew three new things, but they are all for Tolkien Reverse Summer Bang, so I'm not supposed to post them yet.

Oh, and I wrote some Silmarillion things!:

Spirits, Names, and Why It’s Important to be Specific 1,465words but not all mine.
When Sauron the Necromancer calls a spirit back into the body he is torturing, he expects a half-broken Curufinwë; Celebrimbor, pushed even closer to the brink. Instead, he gets a very, very ticked off Curufinwë Fëanáro. Sauron feels like he should technically still have the upper hand in this situation, but in that moment, he has a very hard time believing it.

This was a collabfic: two people wrote the first two chapters and I wrote the last one.  I feel it actually works surprisingly well, given that it was written by three people who didn't know each other.  But it was a very fun idea (sadly, not mine!)

The Passing of the King 966 words.
which is a short thing about Elros, Elrond's brother, and his death.  I decided I'd like a version of him that was more weird and Elven than people often write.

Lingering in the Hither Lands 13575 words.
Thangorodrim is broken, and the Elves believe that Evil has ended forever. There's a certain amount of tidying-up to be done.

I feel this one is very self-indulgent really, and I almost didn't post it because... well, I already wrote Return to Aman, which is LONG and all about Maglor and Elrond, because when I wrote Quenta Narquelion, I had to work out how 'love grew between them as little might be thought' and ended up convincing myself so thoroughly that it made me sad.  ONLY, Return to Aman can't be a fix for Quenta Narquelion, because I wrote them at the same time, and ended up dealing with a lot of things differently.

So, Lingering in the Hither lands was my very self-indulgent attempt to at least partially fix things for Maglor and Elrond in the Second Age in a way consistent with both Quenta Narquelion, and also with the 1937 version of the Silmarillion where Maglor doesn't wander off singing sadly into the sunset. But I somehow feel I really should make more effort to write things that don't have Maglor in them. Or Elrond, possibly, though given that all of Tolkien's works DO have Elrond, I feel that's somehow less of a problem.