We have been doing some serious spring cleaning, and I found this lurking in a tube.   It's gone a little yellow and crunkled and I was going to chuck it out, but then I unrolled it and realised what it was: 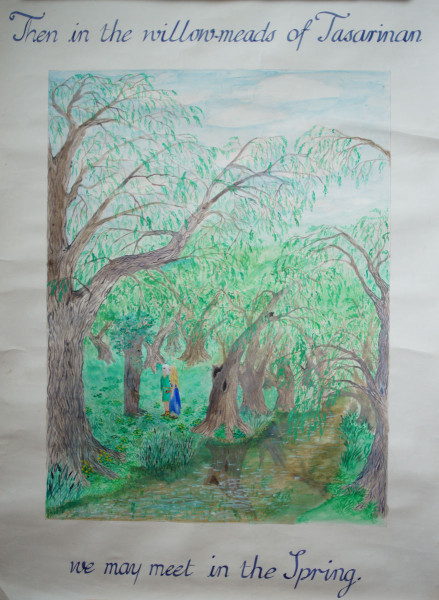 It's a painting of  Treebeard, Galadriel and Celeborn in Beleriand Risen.   I am even less original than I thought I was: it seems I have not had a new idea since 1993.  At least my painting has improved a bit.
Collapse