I went to a mixed media art workshop last night, which was messy and fun.  They gave us a chance to experiment with using inks (including spray inks and spray bleach) and pastels and pencil as well as my usual acrylic paints.  It was very fast-paced: we had ten minutes to use as many mediums as possible to 'make marks', then another ten to 'make marks following music', then ten to make marks to music while the instructor gave us words like 'waves' 'curves' 'angles' 'zig-zags'.  I didn't photograph the two mark-making test pieces as they are basically just splodges and swirls.    I think I've decided I want some Indian Ink, I like the way you can make it run.

Then we were supposed to use the assembled marks to make a 'more considered' image (in about an hour!)
I made the fall of Ancalagon the Black in charcoal, ink, pastel and acrylic paint.  As usual, he has photographed poorly. 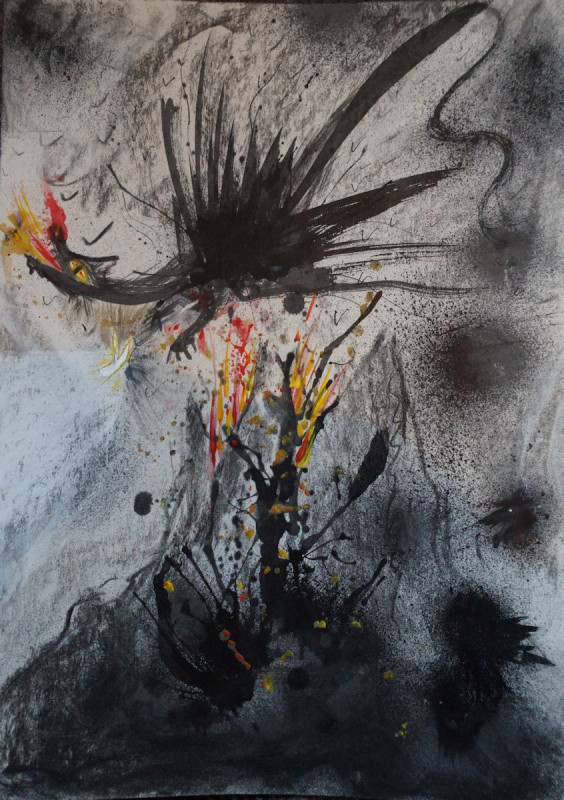