So, there we were in the Numenorean colony of Ciryatanore.

Prince Irimon, the second in line to the Numenorean throne, looked a bit like his ancestor Elros  (I'd met him, of course). He invited us to a banquet, which was excellent, and then we attended the Council of Ciryatanore. There were concerns expressed about the kingdom of Ibavi, which had suddenly decided to develop territorial ambitions and a professional army. Irimon wanted to respond to this by creating a voluntary League of Ciryatanore against them.   Numenor seems to be getting a bit military in its approach to the rest of Middle-earth.  Better Numenor than Sauron, I suppose.

Irimon then decided to take us to his tower where he likes to greet the sun.  He has a palantir there, a huge one, one of the early Feanorian prototypes. 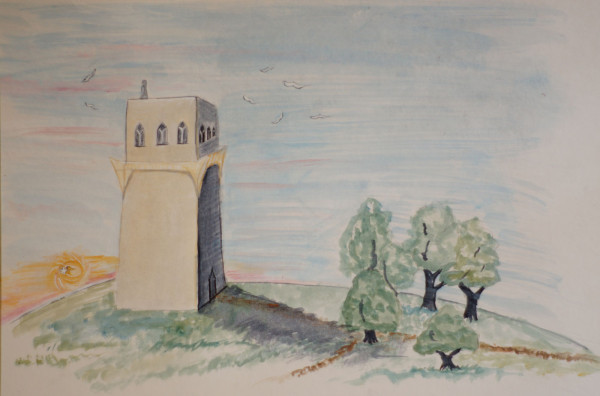 So there we were, all ready to carry out a secret back-door invasion of Ren the Unclean's fortress through the Mines of Mount Maan, while the Numenorean armies kept Ren busy by pelting him with trebuchets.   Which I shall detail in the Next Part.

So we had won the help of a mighty Numenorean army, and the time had come to attack Angren!

Here are the mightly forces of Prince Fealasse rallying against the mighty cliff-fortress that is the only entrance to the mountain-fenced land of Angren.  We had been repeatedly told how useless, ugly and generally incompetent Fealasse was, but if he really is that useless, then he has some pretty good subordinates. Either that, or Prince Fealasse is in fact one of these secretly-very-competent people who go around looking useless  until the crisis comes, when suddenly they show their true talents. 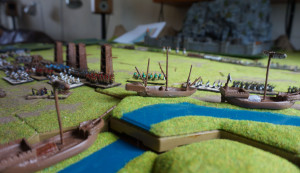 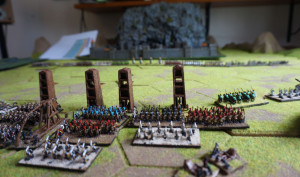 We continued through the winding mine-tunnels from Mount Maal towards Mount Tinang, home of Ren the Unclean, and possibly home of worse things too.  Mount Tinang was not the most pleasant of places.  It was hot and damp and smelly.

We hauled him out of the well with a rope, set his legs, and popped him in the library to look after the prisoner, while we went off to the forge!
Collapse