Last night our oldest cat, Footnote, died.  We think he had a heart attack.  He was 20 years old, and had been with us since he was a kitten, so he had a good run.   He had slowly been getting older and tireder, and didn't do much any more but wander between his food bowl and the fire  (and occasionally shout loudly to be rescued, if he got a bit confused on the route from A to B.)  He was the only one of our current three (now two) cats that we adopted as a kitten, from a friend who had found and rescued a pregnant cat that was being attacked by a dog. 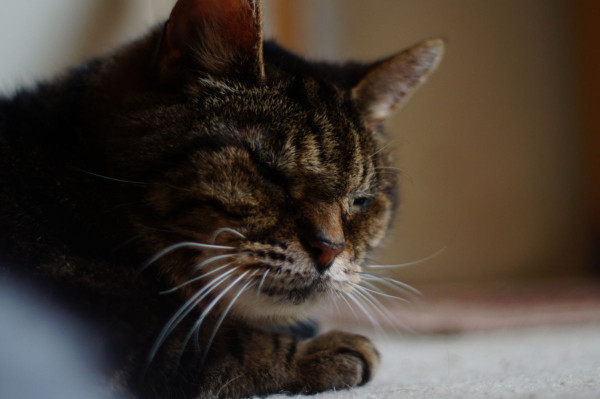