Fiddling with the Finrod's Song translation continues, and both r_blackcat and the Neuromancer of kargicq have now put in so much time and effort and thought into it that I am really beginning to hope it might actually end up as a proper translation rather than me going 'AND HERE IS WHAT I THINK THIS MEANS! ALSO, POETRY!' .   The googledoc is still a work in progress but I'll probably do another LJ post and flock the old one once there is a more or less finished version.   Also, I have now learned a number of Russian words, and some of them aren't 'doom' 'oath', 'foe'  or 'curse'!

I drew a pastel Sauron. I am still not terribly good at getting a likeness, but... 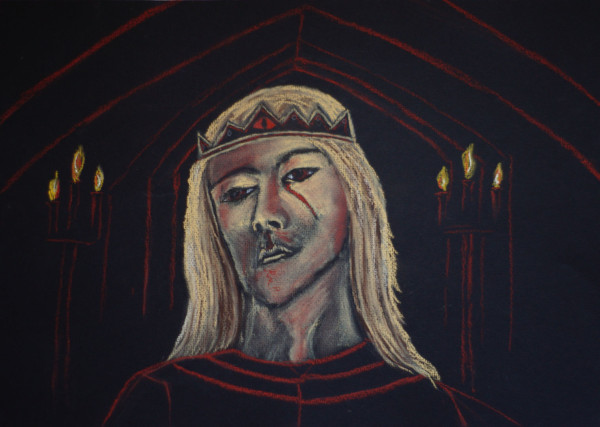 I know that the Red Eye is *probably* a Third Age thing, from after Sauron was squished in the Downfall of Numenor, but I wanted a way of identifying him, so I decided it probably started life as a sort of heraldic device.    I'm not sure why the scar - I don't think it's canonical, is it?
( Collapse )
Collapse