Lovely walk this morning with Rosie.  We met: a pointer bitch,  a labrador puppy, a Shnoodle (big black curly thing, standard poodle X Schnauzer, apparently, what will they think of next), two lurchers, an Irish setter, a Gordon setter, two Jack Russell terriers, and Rosie greeted them all most politely, indeed, some of them she bounced with joyfully, in a most friendly manner.  We even spotted some Enemy Collies when she was offlead, and she managed to resist the temptation to run after them shouting threats, and instead came when called, which was excellent.   She did have a tiny growl at the very last dog she met, an inoffensive old collie cross girl, but nothing too much.

But then this evening I took the hounds for a quick trot up the road, and we met another Enemy Collie.  Rosie almost pulled me over screaming about how she was going to remove its heart with a spoon.  She even alarmed Brythen with her slavering threats.  And then once it had gone she stood there for about ten minutes shivering with aftershock before I could get her to walk.

I think I should have skipped the evening walk :-/ 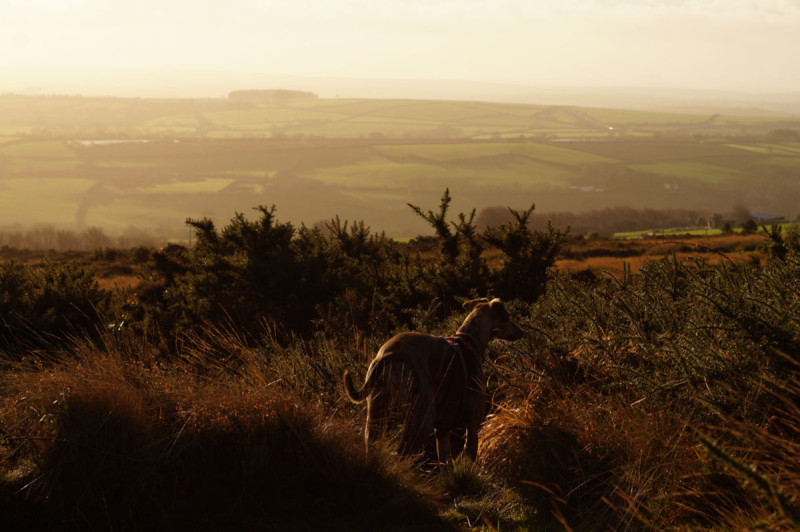