I did wander past a First World War-era wolfram mine today, but unfortunately the fog was so thick that it was quite invisible.     So instead here is a second mine from yesterday, Wheal Bramble, which was a copper mine between about 1850 and 1880.

It's attached to the confusingly-named South Devon mine - confusing because this bit of it is definitely over (under?) the river in Cornwall.   Heritage Gateway thinks the building in the foreground is 'Remains of pumping engine house and other mine buildings' whereas aditnow considers it a forge workshop. Maybe it has been both.  You can't see the mine captain's house which is a bit further up, and still inhabited, although so far as I know, not by a Mine Captain. 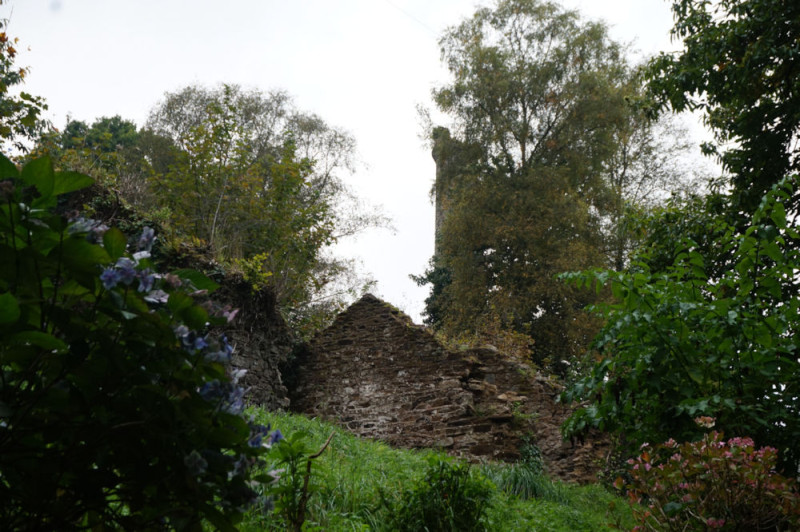