I re-read Susan Cooper's Over Sea Under Stone, and Greenwitch, since it was summer, and the season seemed right - and then it occurred to me that I'd never visited Mevagissey (the village that Trewissick is based on).  So we resolved to go and do that.   It's only about 40 miles to Mevagissey, but the roads are narrow, winding and busy at this time of year.   So rather than going all the way there by car, we decided to go to Fowey, and take the ferry the rest of the way.

We got to Fowey a bit early for the ferry, so had to hang about a bit admiring the view.  We had not actually come to admire Fowey, but since we were there... 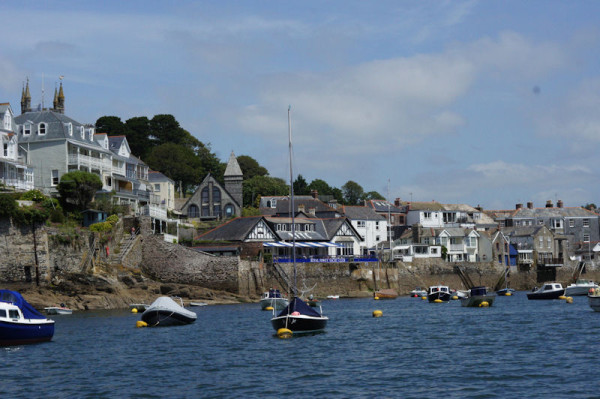